16-year-old girl, couple with young kids and man with weapons among 89 nabbed in CNB raid 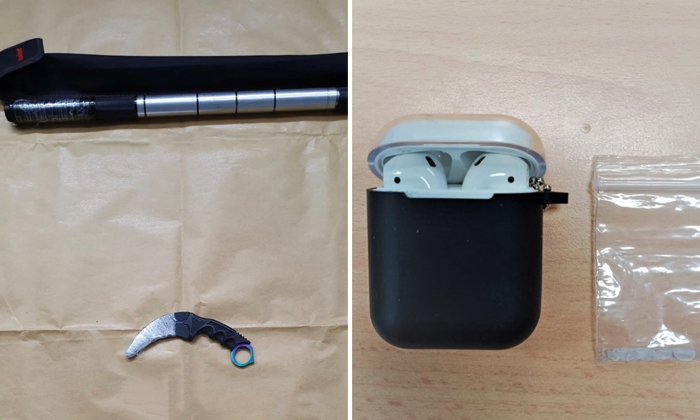 The youngest caught was a 16-year-old girl who is a suspected drug abuser.

Among those arrested was a 22-year-old woman who was caught in the vicinity of Merpati Road on Jan 11 with 0.3g of Ice hidden in a wireless earphone casing.

An 18-year-old man was caught in a residential unit in the same area shortly after with 1g of Ice and 23 joints of vegetable matter, believed to contain controlled drugs, kept in a red packet.

A knife was also recovered from him.

On the same day, CNB officers raided a residential unit in the vicinity of Tampines Street 21 and arrested a 37-year-old man and a 35-year-old woman.

Drug paraphernalia was found during a search of the unit.

Preliminary investigations showed that the couple abused drugs in their home and had last done so the night before their arrest.

The couple's two children, aged five and six years old respectively, were also present in the unit during the raid.

CNB said they have been placed in the safe custody of a relative.

On Jan 13, CNB arrested a 41-year-old man in the vicinity of Kellock Road.

Officers found a sword, a karambit knife and various drug paraphernalia in his vehicle.

The suspect was later taken to his hideout nearby, where more offensive weapons, including an extendable baton and two knuckle dusters, and various drug paraphernalia, were found.

Investigations into the drug activities of all arrested suspects are ongoing.