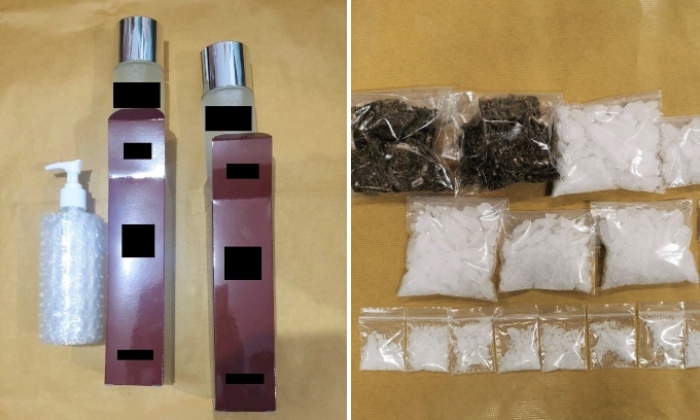 A 16-year-old boy was among a group of 87 suspected drug offenders who were arrested in an island-wide operation conducted by the Central Narcotics Bureau (CNB).

The CNB said in a statement that the operation took place at Boon Lay, Buangkok and Aljunied from Nov 23 to Friday (Nov 27).

They added that the 16-year-old boy who was nabbed is a suspected drug abuser. 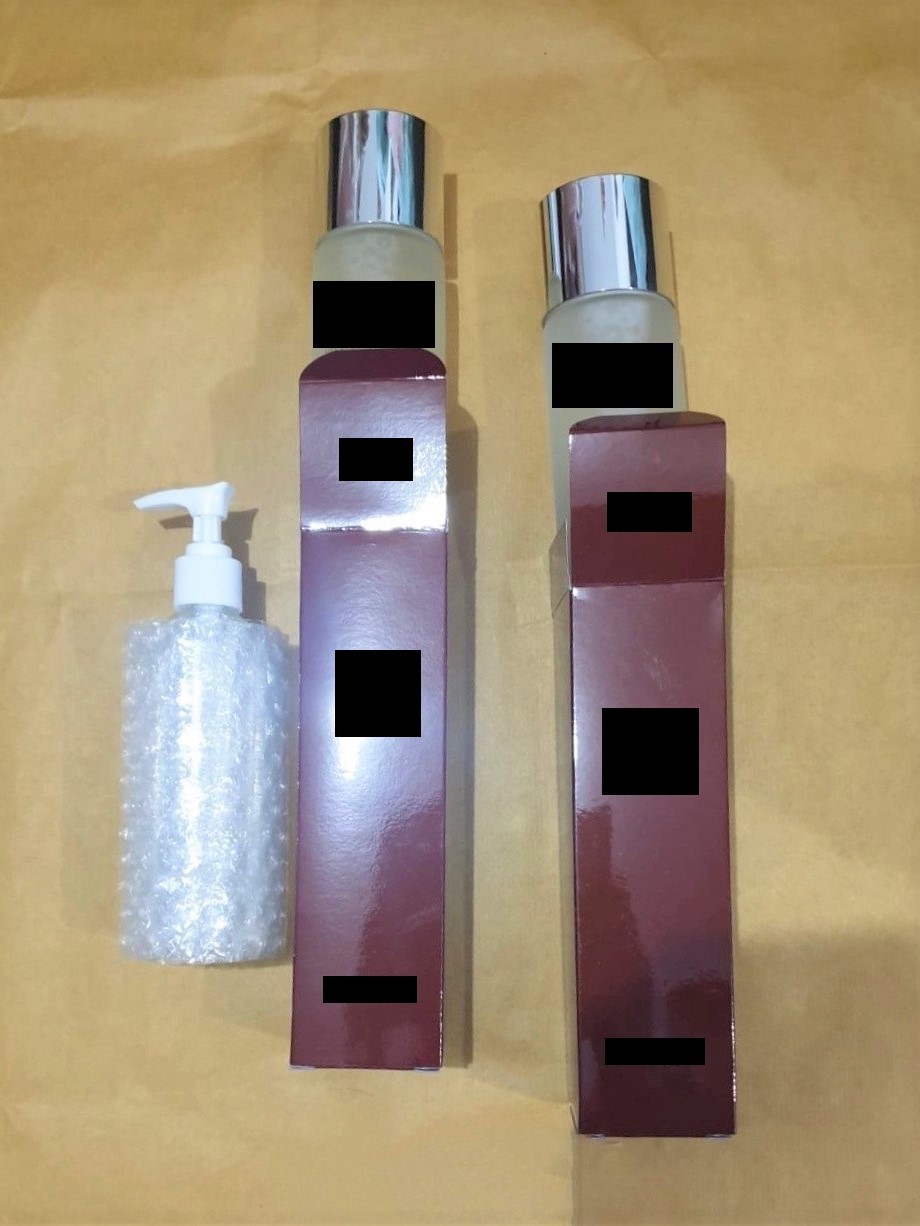 (Bottles containing liquid believed to be liquid methamphetamine concealed in skincare product packaging recovered in the vicinity of Sumang Lane during the raid on Nov 23. Photo: CNB)

In one of the cases in this island-wide operation, CNB officers arrested a 39-year-old Singaporean male in the vicinity of Sumang Lane on Nov 23.

"The 39-year-old male was brought to his residence in the same residential estate, where a 46-year-old female Singapore permanent resident was later arrested when she returned to the same unit," said a CNB spokesman.

"A search was conducted, and a total of 15 packets containing about 339g of ‘Ice’, seven ‘Ecstasy’ tablets, and 90 Erimin-5 tablets were recovered from the unit.

"Five bottles and a packet containing liquid believed to be liquid methamphetamine concealed in skincare product packaging were also seized from the unit, along with various drug paraphernalia."

In a follow-up operation, CNB officers raided an industrial unit in the vicinity of Pasir Panjang Road, and arrested a 47-year-old Singaporean male and a 28-year-old female foreign national.

A total of 0.1g of ‘Ice’ and 60 Erimin-5 tablets were seized from the 47-year-old male, and about 1g of ‘Ice’ was later recovered from his residence in the vicinity of Balestier Road. 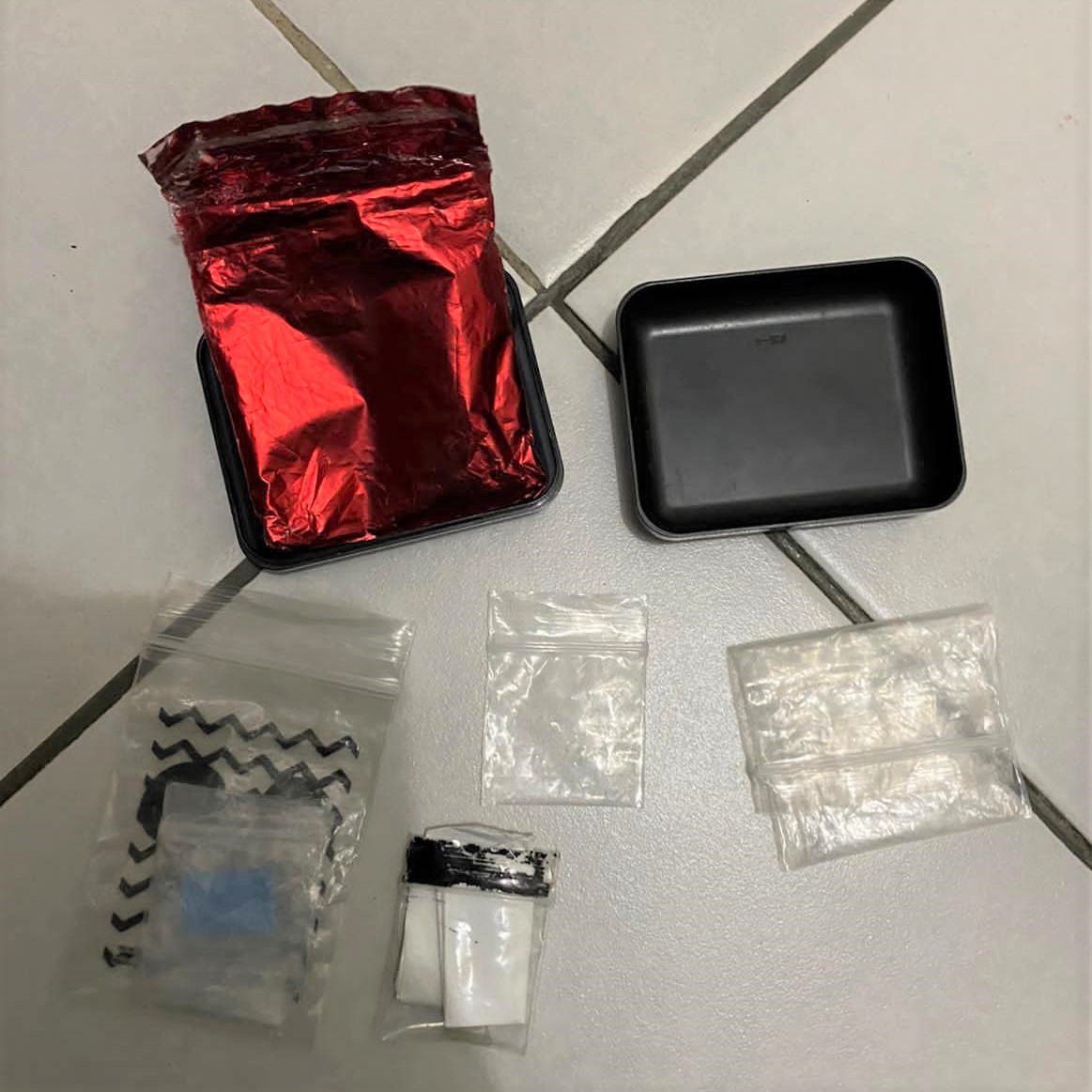 (Packets of ‘Ice’ recovered in the vicinity of Lengkok Bahru during the raid on Nov 23. Photo: CNB)

Preliminary investigations showed that the 19-year-old female had brought her four-month-old infant to visit the unit, and later abused drugs along with the 29-year-old male and 26-year-old male in the unit.

"During the search of the unit, CNB officers detected a storeroom behind a false wall," said the CNB.

"Officers moved in swiftly and arrested a 25-year-old Singaporean male who was hiding in the storeroom. The 25-year-old male had put up a struggle to resist arrest, and necessary force was used to subdue him." 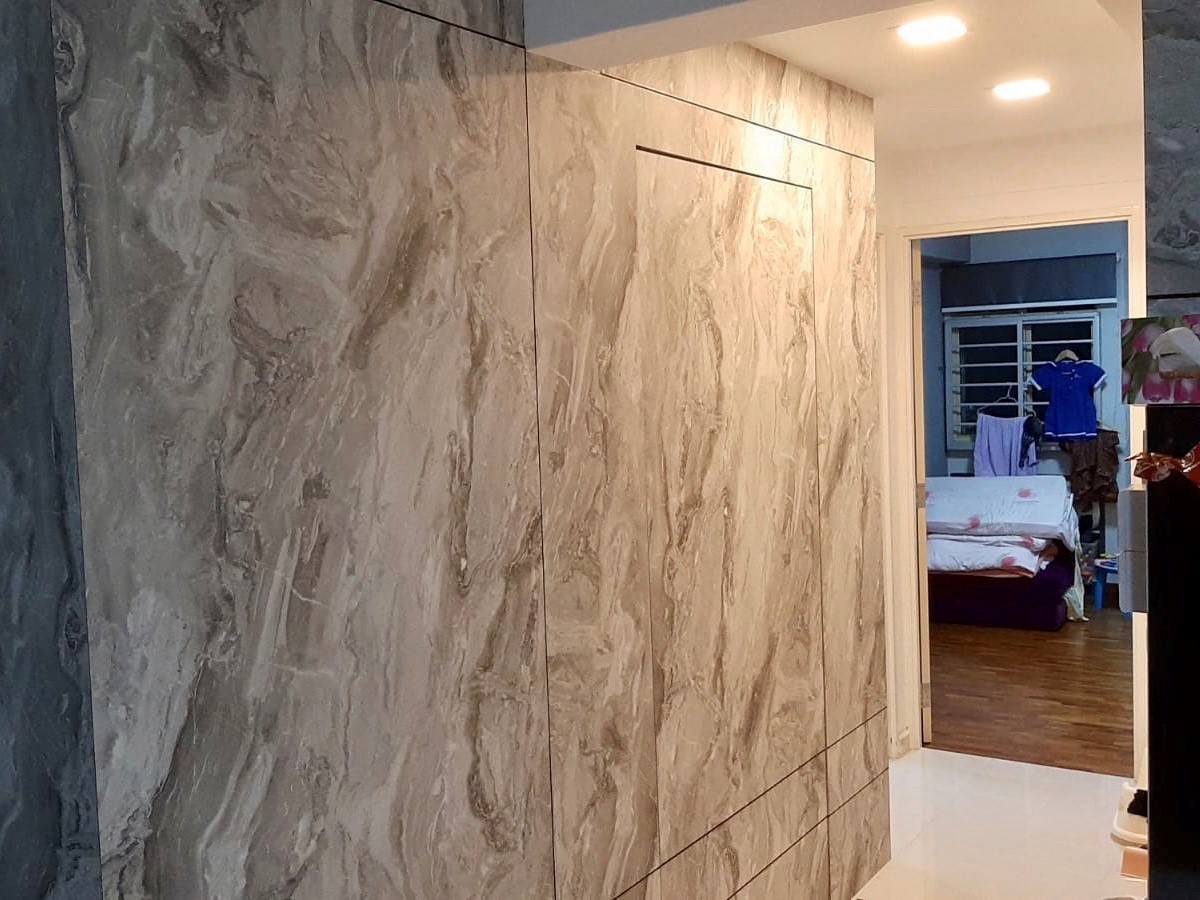 (A storeroom behind a false wall detected by CNB officers in the vicinity of Edgefield Plains on Thursday, Nov 26, where a 25-year-old Singaporean male suspect was hiding in. Photo: CNB)

Investigations into the drug activities of all arrested suspects are ongoing.

Related Stories
Drug suspects arrested after dramatic stand-offs with authorities
11 arrested by CNB: Drugs worth around $1.2 million seized, over $15k cash recovered
Woman who offered drugs to teens and let them smoke meth in her flat gets jail, fine
More About:
CNB
arrest
raid
drugs