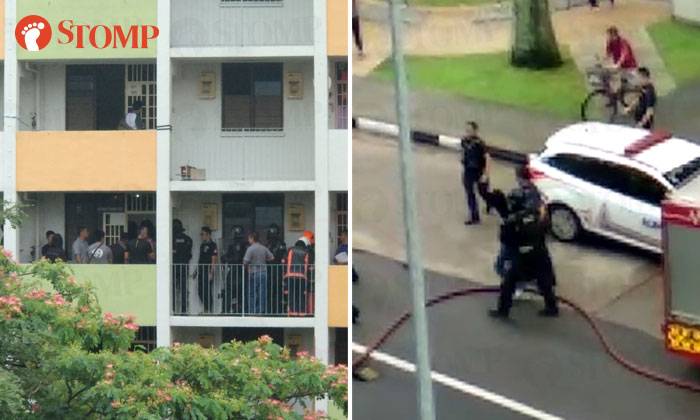 The police told Stomp that they received a call for assistance at 3.12pm.

Stomper Sarifee, Noorwi, Joshua and Arshathalerted Stomp to the incident after he saw police and Singapore Civil Defence Force vehicle arrive at the scene.

"The Disaster Assistance and Rescue Team (DART) was here too," said Sarifee.

In one of the photos shared by the Stomper, SCDF officers can be seen setting up a life pack.

An SCDF spokesman told Stomp they responded to a call for assistance at 4.07pm.

A rescue net and life pack were set up as a precautionary measure while police negotiated with and then apprehended the teen.