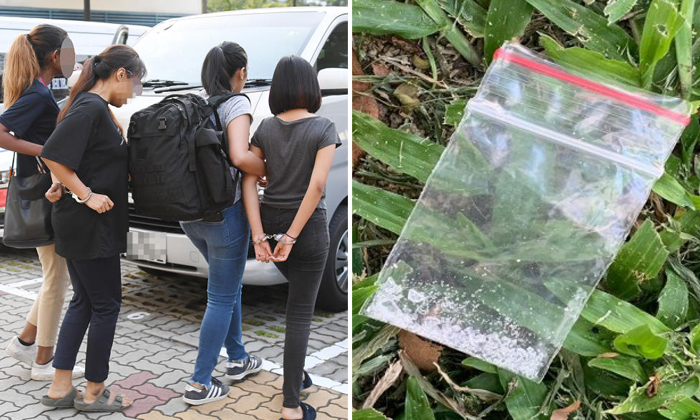 A total of about 124g of heroin, 91g of 'Ice', 15g of new psychoactive substances, 8g of ketamine, three 'Ecstasy' tablets, three Erimin-5 tablets, three bottles containing methadone, and two LSD stamps were seized during the operation that was supported by the police.

About 5g of 'Ice' and drug paraphernalia were found within the unit.

The couple's children, aged 3 months, 19 months and 6 years, were present when CNB officers raided the unit. Their eldest child, aged 6 years and 9 months, was in school during the raid.

CNB said in a news release that it is working closely with the Ministry of Social and Family Development to care for the children.

They will be looked after by extended family members, with ComCare assistance and support from a Family Service Centre.

"Despite repeated warnings, the occupants within the unit refused to comply with the officers’ lawful orders to be given access," said CNB.

"Two of the occupants attempted to evade arrest by climbing out of the unit onto the aircon ledge, but gave up eventually and retreated back to the unit.

"One of the occupants eventually complied and opened the door to the unit."

A total of eight suspected drug offenders -- seven youths aged from 13 to 18 and a 38-year-old Singaporean woman -- were nabbed in the unit.

CNB officers also recovered a small packet of 'Ice', a cut straw, two syringes, three lighters and a lighter refiller on the grass patch below the block. They had earlier been thrown from the unit. 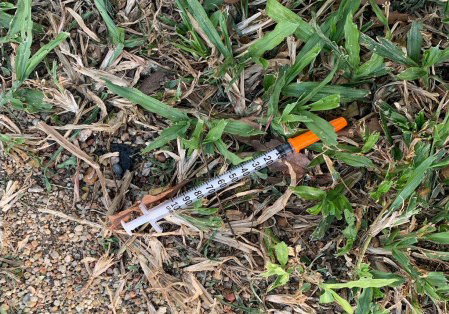 Preliminary investigations revealed that one of the suspects, a 17-year-old male foreign national, had permitted the use of the unit for drug consumption.

He had invited four other suspects to his unit.

One of the invited suspects, a 16-year-old Singaporean woman, had then brought along three other suspects, including her 13-year-old brother and her 38-year-old biological mother, for an intended drug party. 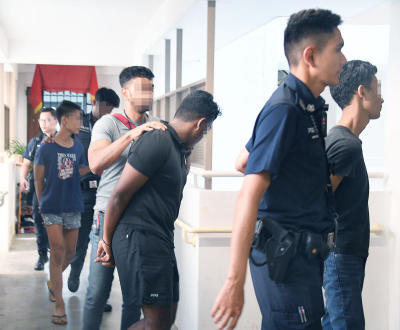 Investigations into the drug activities of all the arrested persons are ongoing.