15-year-old student sent flying after getting hit by car at Havelock Road junction, taken to hospital 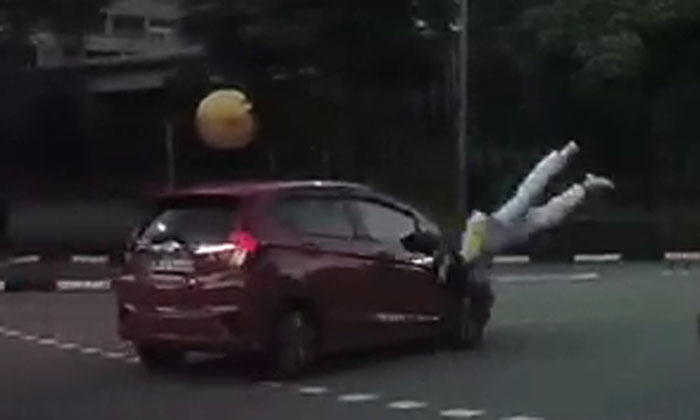 A 15-year-old boy was taken to hospital after he was hit by a car at the junction of Clemenceau Avenue and Havelock Road on Monday morning (Jan 6).

Several Stompers alerted Stomp to a video circulating online of the incident.

In the video, the boy wearing a school uniform is seen crossing the road while the green man is showing.

A red car turning right then rams into him, causing him to fly before landing on the road.

The student manages to quickly get back on his feet again following the collision.

In response to a Stomp query, the police said they were alerted to the accident at 7.12am.

"The 15-year-old pedestrian was conscious when conveyed to KK Women's and Children's Hospital," a police spokesman said.