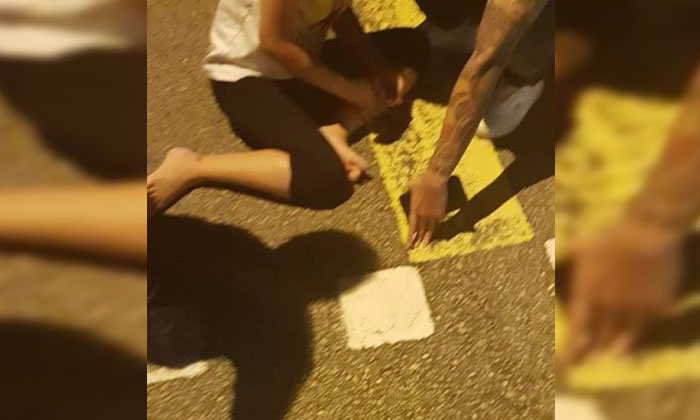 A 15-year-old girl was hit by a car after dashing across the road opposite Serangoon Junior College yesterday (Oct 25) at about 7.30pm.

In the post, he said that he thought the girl's memory was lost as she did not seem to remember the password to unlock her phone.

He also said that the car had swerved to avoid hitting her, but it could not stop in time.

Stomp understands that the girl had dashed across the road when the red light for vehicles to stop was showing.

"The pedestrian, a 15-year-old girl was conscious when conveyed to Kandang Kerbau Hospital (KKH).

In response to another Stomp query, the Singapore Civil Defence Force (SCDF) had also confirmed that a pedestrian was involved in the accident and was sent to KKH.

Related Stories
Motorcyclist mounts kerb -- and crashes right into sign post at Newton Circus
Biker lies injured on the road after collision with lorry along PIE
Cabby opens taxi door to check on accident with car, causing 2 motorcycles to crash
More About:
accident