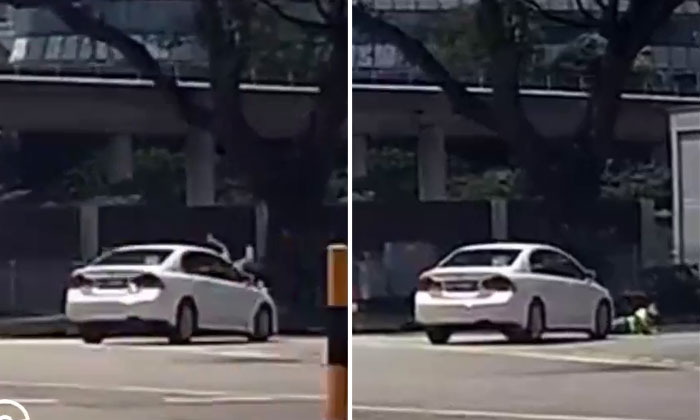 A 15-year-old boy was taken to hospital after he was hit by a car at the junction of Commonwealth Avenue West and Ghim Moh Road on Feb 13.

Stomper Lee alerted Stomp to footage of the incident that was posted on ROADS.sg's Facebook page.

In the video, submitted by a witness, the boy is seen crossing the road while the green man is blinking before the car knocks into him while making a right turn.

The boy is swept off his feet and lands on the road. He is able to walk to the pavement but is seen bending over in apparent pain.

A passerby and the driver of the car are seen rushing over to him.

In response to a Stomp query, the police said they were alerted to the accident at 12.14pm.

The 15-year-old pedestrian was conscious when taken to hospital, a police spokesman said.