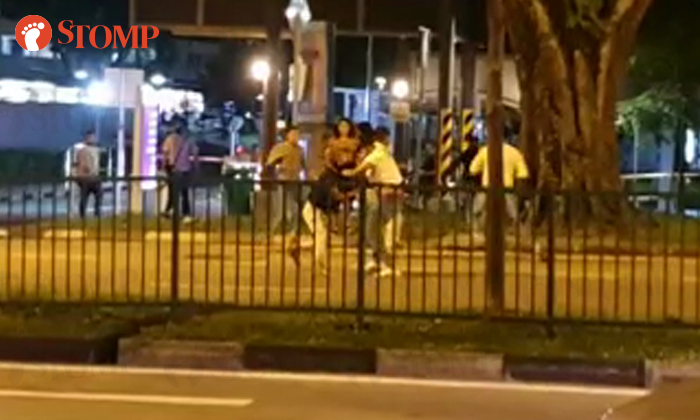 Three people were arrested after a brawl broke out in Ang Mo Kio on Friday night (Dec 18).

In response to a Stomp query, the police said they were alerted to a case of fight along Ang Mo Kio Avenue 3 at 9.26pm.

"A 15-year-old male teenager and a 43-year-old man were arrested for affray," they added.

"A 19-year-old female youth was separately arrested for rioting."

The 43-year-old man sustained a minor injury, but no one was taken to hospital.

Several readers alerted Stomp to a video of the incident that has been circulating online, which shows several people exchanging punches and tussling with one another.

At one point, the fight spills onto the road.

Police officers subsequently arrived at the scene, with voices in the background heard saying, "Mata lai liao, mata liao lai" and "All get caught already."