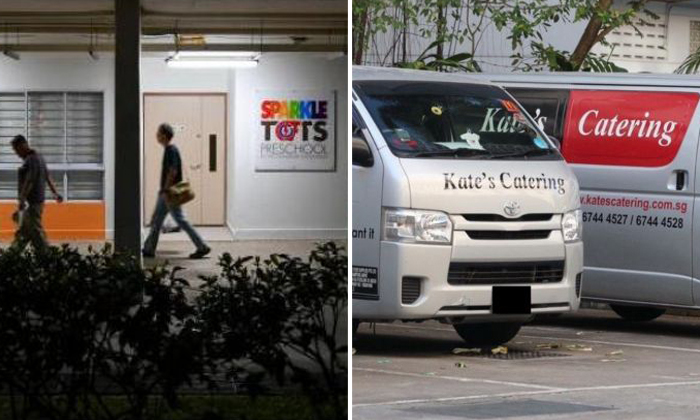 A caterer has been suspended after an outbreak of gastroenteritis across several PCF Sparkletots outlets, which led to at least 109 people falling ill, with 15 taken to hospital.

This is the third case of gastroenteritis in pre-schools in recent months. A Feb 1 lunch at PCF's Toa Payoh outlet left 14 children vomiting and having diarrhoea. And, on Feb 26, the authorities announced that 31 people developed gastroenteritis at Tanglin MindChamps pre-school.

On Wednesday morning (March 27), the Ministry of Health (MOH), National Environment Agency (NEA) and Agri-Food & Veterinary Authority of Singapore (AVA) told The Straits Times that they are investigating the incident.

The outbreak of gastroenteritis, which as of Wednesday had developed across four Sparkletots pre-schools, was traced to the consumption of food prepared by caterer Kate’s Catering.

When contacted by ST, the caterer declined to comment on the incident.

It is not yet clear which specific outlets were affected. Six of the 15 who were hospitalised have been discharged.

The authorities were notified of the first cluster of cases last Friday, and conducted an inspection of the caterer's premises on the same day.

On Monday, however, additional clusters of cases were reported, prompting the NEA to instruct Kate's Catering to suspend its operations with effect from Tuesday, pending investigations by the various agencies.

As part of the investigations, food handlers were sent for stool screening, and food and environmental samples were taken for testing.

ST has approached PCF for further comments on the issue.

Last year, 131 cases of gastroenteritis were reported after people consumed food prepared by FoodTalks Caterer & Manufacturer for a learning camp. None of the victims were hospitalised.