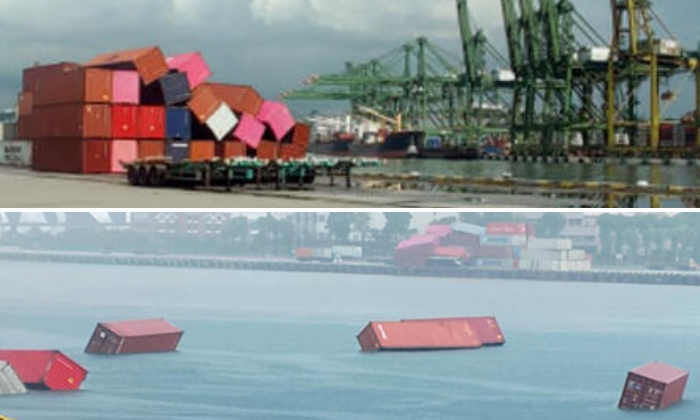 Fifteen empty containers at Keppel Terminal fell into the water on Thursday due to strong winds, PSA Corp has said.

No one was injured, and the incident did not cause any disruption at the port or to its operations, said PSA.

In an update on Friday night, it said all 15 containers have been retrieved.

Pictures of the toppled containers, with some floating in the sea, were circulating on social media platforms on Friday morning.

The 15 empty containers fell at around 3pm on Thursday, the Maritime and Port Authority of Singapore (MPA) said in a statement on Friday.

It deployed two patrol crafts to monitor and cordon off the affected area to facilitate recovery work by PSA.

MPA’s Port Operation Control Centre restricted all vessel movements in the vicinity of Keppel Terminal until the containers were recovered.