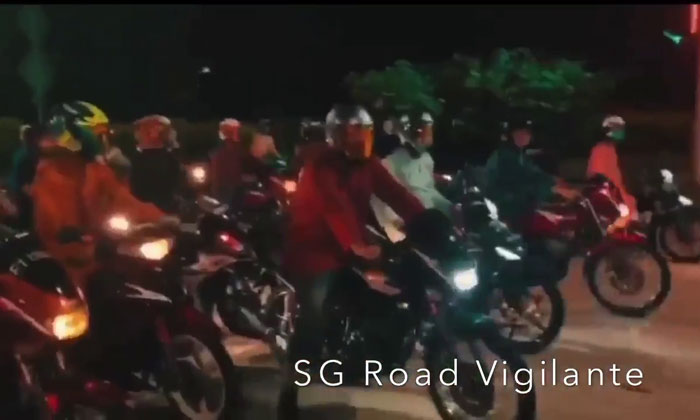 Fifteen motorcyclists, aged between 20 and 30, were arrested for their suspected involvement in a case of dangerous riding and illegal racing over the Hari Raya Aidilfitri weekend.

The police said in a statement they were alerted on May 25 to an illegal race that is believed to have taken place along Marina South Drive on May 24 at about 1.25am.

Officers from the Traffic Police established the identities of the fifteen men and arrested them between May 26 and 27.

Their motorcycles have been impounded.

The police are also investigating them for breaching safe distancing measures under the Covid-19 (Temporary Measures) (Control Order) Regulations 2020.

A 2½ minute video posted on Facebook page SG Road Vigilante showed some riders, masked and unmasked, greeting each other and talking among themselves at a petrol station before cutting to several of them racing on the road.

According to The Straits Times, some portions of the video which show the bikers racing were taken in 2018 and stitched together with the more contemporary earlier parts.

Under the Road Traffic Act, motorists who promote or take part in any competition or trial of speed face a jail term of up to six months and a fine of between $1,000 and $2,000.

In the case of a second or subsequent conviction, the offence carries an imprisonment term of up to 12 months with a fine of between $2,000 and $3,000.

Motorists investigated for this offence may also be liable for forfeiture of their vehicles and may have their driving licence disqualified.

The offence of dangerous riding or driving carries a jail term of up to 12 months, a fine of up to $5,000, or both.

In the case of a second or subsequent conviction, the offence carries an imprisonment term of up to 2 years, and a fine of up to $10,000, or both.