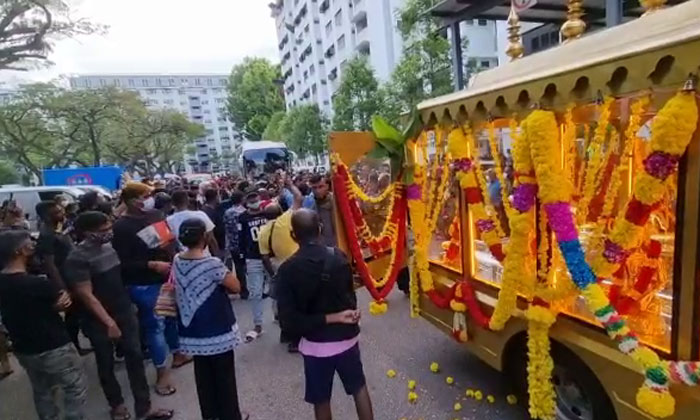 The police are investigating a raucous funeral procession in Boon Lay on Sunday (June 13) that was attended by nearly 200 people, some maskless.

Covid-19 regulations currently permit only 20 people at a funeral.

More than 10 people carried the white coffin of a 43-year-old man, according to Chinese-language evening daily Lianhe Wanbao.

Wanbao said the incident happened at about 5pm.

The dead man, whose obituary was on a notice board near the lift of the Housing Board block, was cremated at about 6pm.

He has four daughters and a son.

Residents told Wanbao that the crowd had started gathering as early as 1pm at the Block 191 playground, and that the proceedings lasted till about 7pm.

The police said they have arrested 14 men in the group for being suspected members of an unlawful society.

They are investigating the incident, including for potential breaches of Covid-19 safe distancing measures.

In a statement, the police said: "The police have zero tolerance towards secret society activities and will not hesitate to take firm action against those who are associated with gangs and blatantly disregard the law."