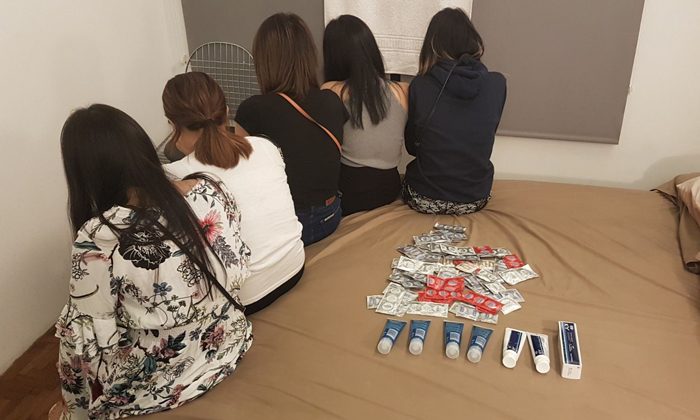 During the operation conducted by Central Police Division, three men and seven women, aged between 22 and 45, were arrested for offences under the Women’s Charter.

Preliminary investigations revealed that the women had allegedly advertised their sexual services online and had operated from residential units along Tiong Bahru Road and Tiong Poh Road.

The three men were believed to be managing these women.

Four other men, aged between 47 and 75, were arrested for public gaming along Kelantan Lane. A total of $912 cash was seized.

In a statement, the police said that they would "continue to take tough enforcement action against those who are involved in such illegal activities and they will be dealt with in accordance with the law."