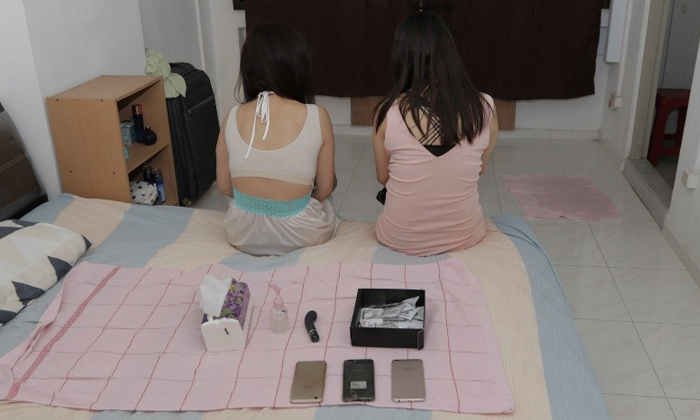 Two men and 134 women, aged between 23 and 50, were arrested for their suspected involvement in vice-related activities.

In a 22-day operation that ended on April 10, officers from the Criminal Investigation Department (CID) and the six Police Land Divisions conducted coordinated raids at multiple locations islandwide.

During the operation, several items including three mobile phones and a CCTV camera were also seized as case exhibits.

In a news release, the police said they will "continue to work with members of the public on the information submitted regarding vice activities and will take tough enforcement action against those involved in such activities."