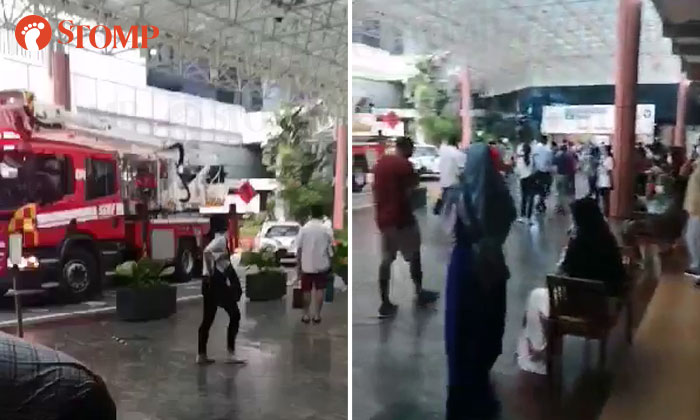 Around 130 people self-evacuated after a fire broke out at the Kent Ridge Wing building at the National University Hospital (NUH) on Friday afternoon (July 24).

The Singapore Civil Defence Force (SCDF) said it was alerted to a fire at 4 Lower Kent Ridge Road at about 4.40pm.

Stomper Guo Wee shared with Stomp photos and a video of SCDF officers arriving at the hospital to extinguish the fire.

In response to a Stomp query, SCDF said the fire, which involved items at a basement staircase landing, was extinguished using one water jet.

"About 130 people self-evacuated before SCDF's arrival," an SCDF spokesman said.

NUH posted a statement regarding the incident on its Facebook page on Friday at about 7.15pm.

In the statement, it apologised for any inconvenience caused and said it was working with SCDF on the investigations.

"No one was hurt in this incident and all affected inpatients were moved back to their wards as soon as the SCDF had ascertained that the building was safe for re-entry," the hospital said.

It added it will be contacting patients whose consultations were disrupted and its pharmacy will arrange for home delivery for patients who did not manage to fill their prescriptions.