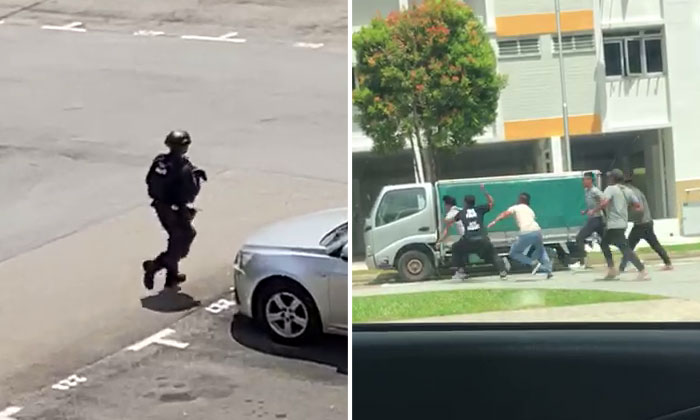 Thirteen men, aged between 17 and 28, have been arrested and charged for their suspected involvement in a case of rioting with deadly weapons in Choa Chu Kang.

The police were alerted to a case of rioting at 10 Choa Chu Kang Way on Thursday, at about 2.25pm, it said in a statement on Saturday.

Officers from the Criminal Investigation Department and Jurong Police Division established the identities of the 13 suspects and arrested them within 28 hours at various locations in Jalan Bukit Merah, West Coast Road, Yishun, Bukit Batok and Lower Kent Ridge Road.

Weapons including a knife, knuckle dusters, a metal bar and a metal rod that were believed to have been used in the fight were seized.

They are expected to be back in court on March 6.