125 arrested for various crimes including vice activities, molest and scams in 5-day operation 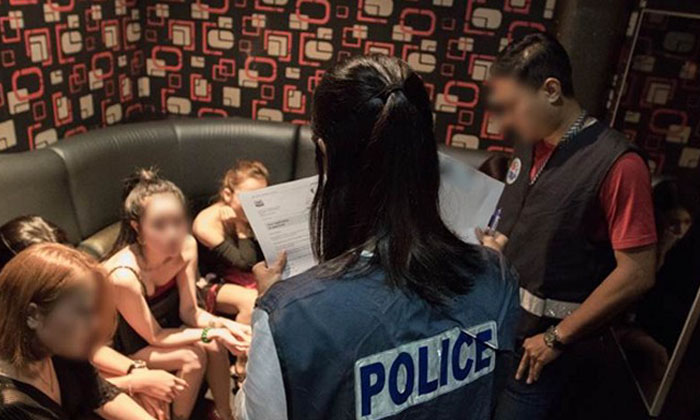 A total of 125 suspects, including sixty-two men and 63 women, aged between 18 and 62, were arrested from Oct 22 to Oct 26 for various offences in a five-day multi-agency joint enforcement operation.

The operation was carried out in multiple locations in Singapore, including Tuas, Jurong West, Choa Chu Kang, Bukit Panjang, Bukit Batok and Woodlands.

Forty-seven women were arrested during the operation for suspected involvement in vice-related activities at residential units and employment-related offences at public entertainment outlets.

Another 14 men and three women were arrested for commercial crime-related offences and e-commence scams.

Police found through preliminary investigations that the men and women were believed to be involved in 60 cases, where victims lost more than $356,000.

Forty-eight men and 13 women were also arrested for immigration-related offences, outrage of modesty, loansharking activities, robbery and other offences.

In total, 4,332 packets of assorted brands of duty-unpaid cigarettes were seized.

Singapore Police Force also posted a video about the operation on their Facebook page.

"While the police works closely with other Home Team and law enforcement agencies to deal with those who take part in illicit activities, we also urge the public to be vigilant and not fall prey to crime.”