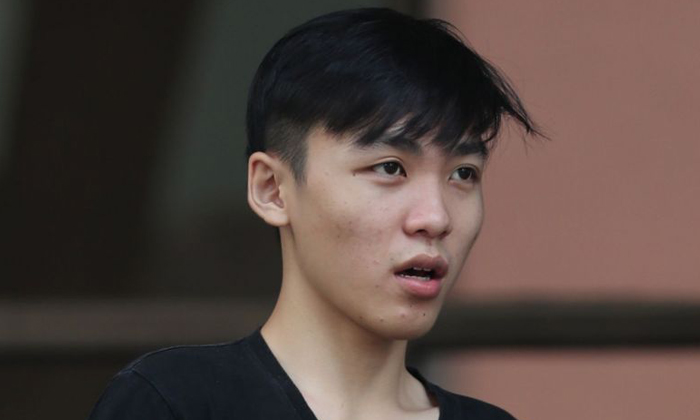 A teenager failed to keep a proper lookout while riding an e-scooter in a basketball court and the device's handle struck a 12-year-old boy's face, causing injuries to his right cheek.

The victim, who cannot be named due to his age, was also bleeding around one of his molars and the tooth had to be removed under topical anaesthesia.

On Tuesday (March 17), Brendon Lim Chun Hsien, 19, pleaded guilty in a district court to causing hurt by riding the e-scooter in a rash manner.

Deputy Public Prosecutor M Kayal Pillay said the child was at a training session in a basketball court near Block 838, Yishun Street 81 on March 28, 2018, when Lim decided to ride a friend's e-scooter in the area at around 6pm.

Lim was riding the device at around 20kmh when the handle struck the boy's face.

The victim's coach alerted the boy's mother but Lim was no longer around by the time she arrived at the location.

He also failed to leave behind his contact number.

DPP Pillay told District Judge Samuel Chua: "The accused claimed that he left as he had to rush off for dinner with his friends."

The victim visited a dentist at around 7.30pm that day and his mother lodged a police report about 3½ hours later.

The DPP said that Lim returned to the incident location two days later and the victim's coach spotted him.

Lim then provided his contact number upon request, the court heard.

Since November last year, e-scooters can be used only on cycling paths and park connector networks.

These paths have a speed limit of 25kmh.

Judge Chua has called for reports, including one to assess Lim's suitability for a probation.

The teenager was offered bail of $5,000 on Tuesday and he will be sentenced on April 14.

For causing hurt by riding an e-scooter in a rash manner, Lim can be jailed for up to a year and fined up to $5,000.