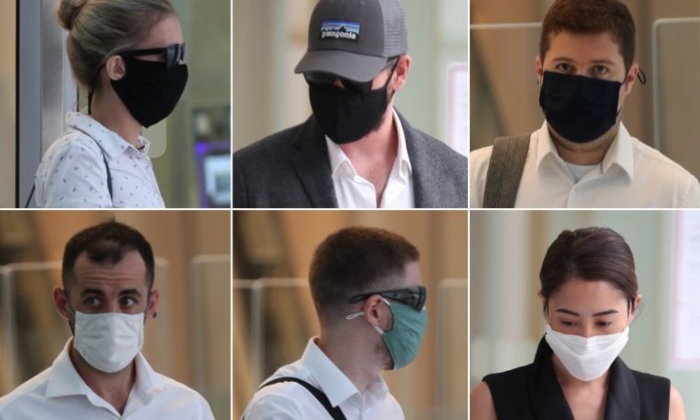 Twelve people were charged in a district court on Friday (Oct 2) after they allegedly flouted safe distancing measures and took part in an unlawful gathering on Lazarus Island amid the Covid-19 outbreak on Aug 8.

According to court documents, the event took place between 11am and 6pm that day.

They are said to have violated Covid-19 regulations, which prohibit social gatherings of more than five people who do not stay in the same place of residence.

All 12 were charged with an offence under the Covid-19 (Temporary Measures) Act.

All of them are British except for Sarkies, who is a Singaporean, and Ha, who is Vietnamese.

On Friday, the court heard that Ha has also been a Singapore permanent resident for 11 years.

Gold intends to plead guilty to the offence and he will be back in court on Oct 14.

The cases involving the remaining 11 have been adjourned to Oct 23.

Lazarus Island is located south of the Singapore mainland and a man-made causeway connects it to St John's Island.

The Singapore Land Authority, which manages it, had said in an earlier statement that the Government takes a serious view of violations of safe distancing measures.

If found guilty of the offence under the Act, first-time offenders can be jailed for up to six months and fined up to $10,000.