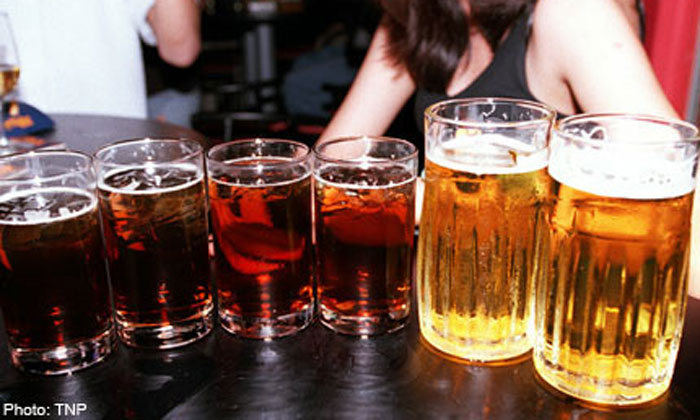 The police are investigating 12 people, aged between 16 and 28, who were allegedly socialising and drinking in the room of a hotel located along Scotts Road.

The police said in a statement they received information of a gathering in the hotel room on July 4.

When officers arrived at the scene, 12 people were found socialising and consuming alcohol.

The 24-year-old man puportedly attempted to escape by punching a police officer in the face.

He was arrested for voluntarily causing hurt to deter a public servant from his duty.

The 23-year-old man who spewed vulgarities at another officer was arrested for using abusive language against a public servant.

All 12 people found in the room will also be investigated for alleged non-compliance with safe distancing measures.

The offence for voluntarily causing hurt to deter public servant from his duty is up to seven years' jail, a fine or caning.

The offence for using abusive words against a public servant is up to 12 months' sale, a fine, or both.

Anyone found not wearing a mask or not wearing a mask properly outside of their place of residence is liable for a breach under the COVID-19 (Temporary Measures) (Control Order) Regulations 2020. Offenders may face a fine of up to $10,000, up to six months' jail, or both.

The police advise members of the public to take the prevailing safe distancing measures seriously.

"The police take a stern view of abusive behaviour against public servants and irresponsible behaviour relating to the flouting of safe distancing measures," the police said,.

"Offenders will be dealt with in accordance with the law."