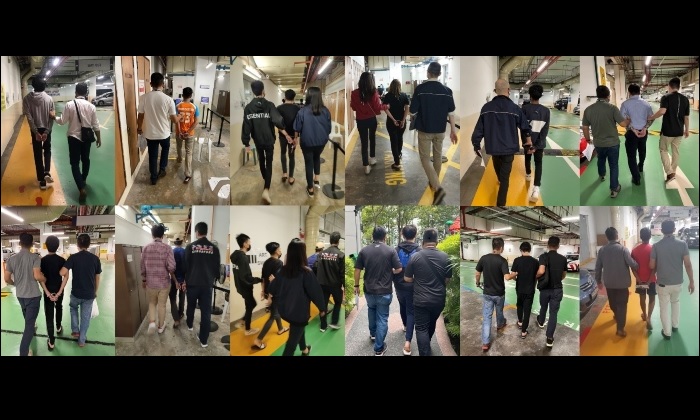 Twelve people were arrested during an island-wide enforcement operation conducted from 13 to 15 July against money laundering activities, said police.

They were alleged to have handed over their personal bank accounts to scammers or relinquished their Singpass accounts which were then used by the scammers to open bank accounts.

Investigations are ongoing into the offences of facilitating unauthorised access to computer material as well as cheating.

In the context of scams, money mules are typically those who facilitate the dissipation of criminal benefits by receiving and transferring proceeds of scam through their bank accounts, or by relinquishing their bank accounts to scammers for such purposes. Money mules play a key role in the way scams are perpetrated as scammers rely on these bank accounts as conduits for their ill-gotten gains, said police.

To avoid becoming involved in money laundering activities, members of the public should always reject requests for their personal bank accounts to be used by others.

Related Stories
Planning to travel? Police warn of fake travel agent websites
Received an e-mail from 'Division of Transportation'? It is a scam
Banks will never send any SMS with clickable links: DBS and police warn of phishing scams
More About:
Scams
police
CAD
raids
money