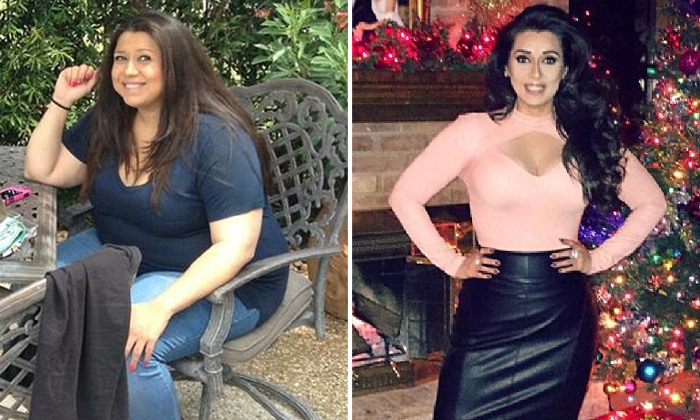 How would you react if you not only discovered that your husband of 14 years was cheating, but also found out that he and his mistress had been mocking your obesity behind your back?

For Betsy Ayala, she decided to make a positive change and turn her life around.

According to Wittyfeed, Betsy had always been overweight at around 210 pounds (95kg) but ballooned to 262 pounds (118kg) after pregnancy in 2013.

Six months later, she was devastated when she discovered her husband's infidelity. To make things worse, she also found texts to his mistress in his phone that called her a 'fat cow'.

However, instead of breaking down, she started adopting a healthy lifestyle by exercising and replacing sugary snacks with nutritious ones. She also divorced her unfaithful partner.

It was not always easy and Betsy used to cry after every workout.

However, she stayed strong for her daughter and her efforts paid off.

The single mother has since gone through an amazing transformation, goes to the gym six times a week and currently weighs 158 pounds (71kg).

Betsy also considers her divorce a blessing and valuable lesson.