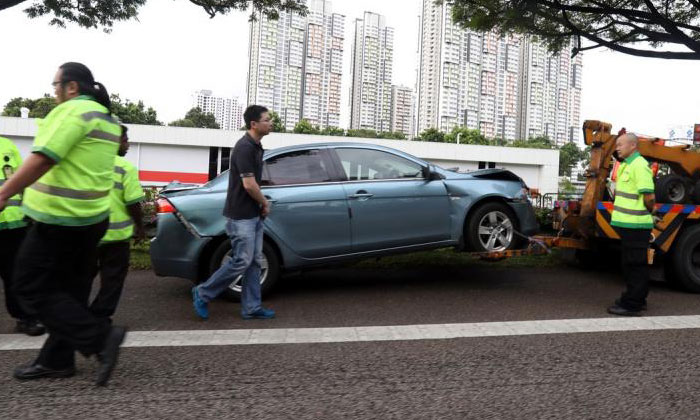 More than 10 people were injured in a chain collision on the Ayer Rajah Expressway (AYE) on Thursday (Jan 5) morning.

Police said they were alerted to the accident involving five vehicles at 6.58am. The vehicles were headed towards Tuas after the Jurong Town Hall Road exit.

The Straits Times understands that 10 of the injured were from a minibus. The other four vehicles involved were a motorcycle, a lorry, and two cars.

A passenger from one of the cars also sustained injuries. The motorcyclist was not injured.

It is understood that a domino effect was triggered when a lorry switched lanes and nearly hit the motorcyclist, who swerved into another lane.

The lorry involved in the accident braked to avoid the motorcycle, causing a chain collision with the other three vehicles.

The accident caused a traffic jam that stretched to Buona Vista and lasted several hours, according to the Land Transport Authority's Twitter feed.

SCDF sent one fire engine, three ambulances, and one support vehicle to the scene.

Police are investigating the case.