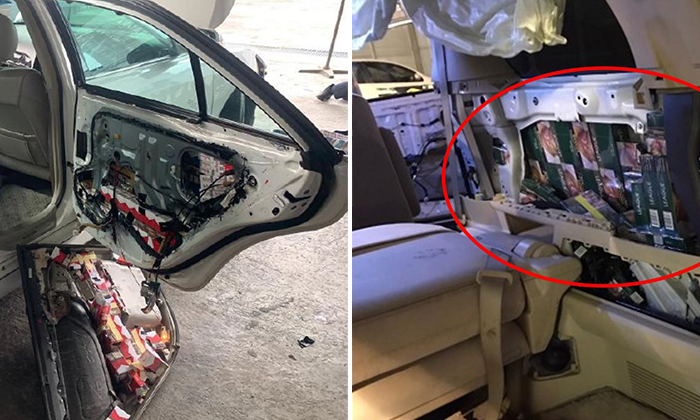 These attempts occurred between Oct 12 and 17. A total of 1,092 cartons and 6,232 packets of assorted duty-unpaid cigarettes were found hidden in various modified compartments of the cars.

Photos published on ICA's Facebook page show that duty-unpaid cigarettes were found in a car's bumper, behind another car's license plate and more.

The ICA officers had noticed the drivers' suspicious behaviour and directed them for further checks.

In each case, a Malaysian driver was referred to the Singapore Customs for further investigations. They are aged between 27 and 43.

This method of concealment is a cause for concern as similar methods may be used by people with ill intent to smuggle security items into Singapore.

The ICA will continue to conduct security checks on passengers, goods and vehicles so as to safeguard Singapore’s security.