10-year-old boy in China chokes his grandma to death after she beats him, 4 arrested 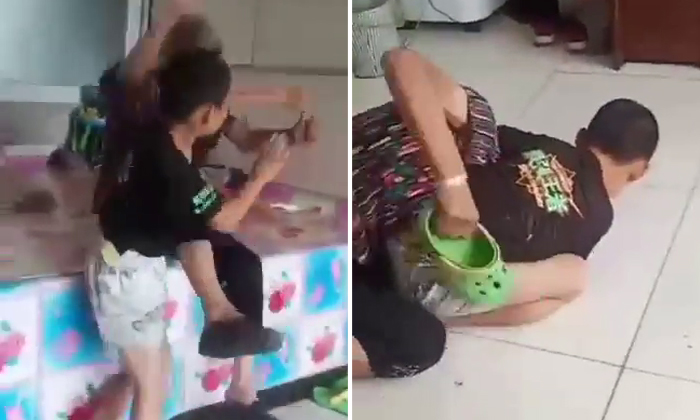 A 10-year-old boy has been arrested in the Chinese province of Heilongjian for choking his grandmother to death.

In a viral and disturbing video circulating online, the grandmother can be seen slapping the boy in the head twice before he punches her in the chest and grabs her by the neck.

The boy places his grandmother in a headlock and wrestles her to the floor as she hits him repeatedly with a slipper in an attempt to get free.

The individual recording the video can be heard laughing as the boy shouts that he is always getting beaten by his grandmother.

After several seconds, the elderly woman appears motionless, and the person recording tells the boy to let her go.

“Get up… she won’t hit you anymore, let go quickly,” the person recording says.

When the boy lets go, a middle-aged woman carrying a child on her back appears and repeatedly beats the boy with a stick while telling him, “Your grandma is dead.”

The video ends with the boy pleading for his grandmother to get up while the woman – whom online reports say is the boy’s mother – continues to beat him.

According to online reports, the boy was arrested along with three of his peers.