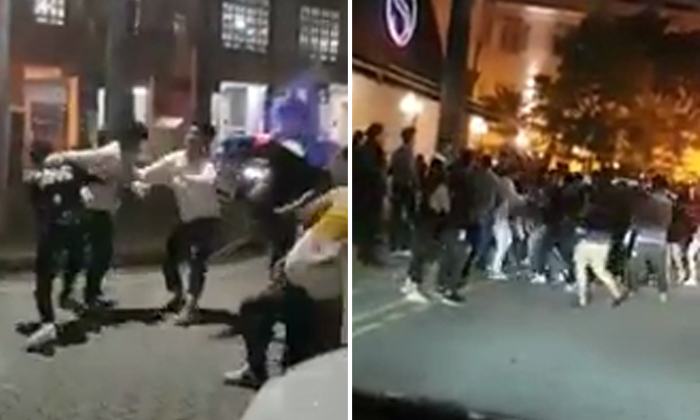 Ten men have been arrested for their suspected involvement in a brawl that occurred outside Central Mall in Clarke Quay in the wee hours of Friday (Aug 9).

A video that has been circulating on social media shows a huge group involved in a violent altercation outside the mall.

It is unclear what the fight was about.

The police said in a statement that they were alerted to a case of rioting along 5 Magazine Road at around 3.45am.

Through ground enquiries and with the aid of images from CCTV camera, officers from Central Police Division established the identities of ten men.

Four of them, aged between 20 and 30, will be charged in court on Tuesday (Aug 13) with rioting, which carries a punishment of up to seven years in jail and caning.

Investigations against the remaining six men are ongoing.