1 taken to hospital after flames engulf car along AYE 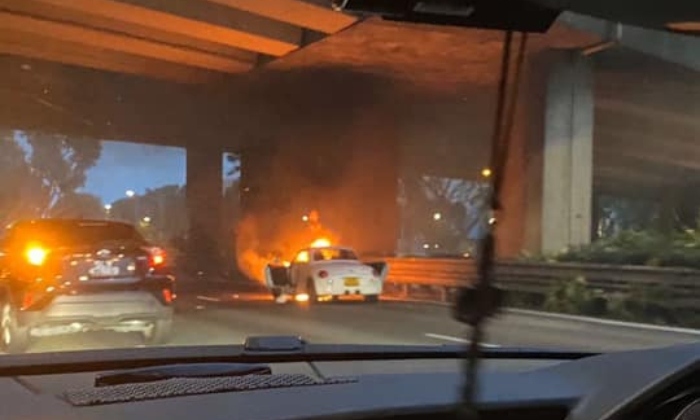 One person was taken to hospital after a car caught fire along the Ayer Rajah Expressway (AYE) towards the Clementi exit on Friday (Sep 25).

Stomper Freddie informed Stomp of the incident and sent circulated photos of what happened.

He also sent photos of the jam that seemed to have resulted from the fire. 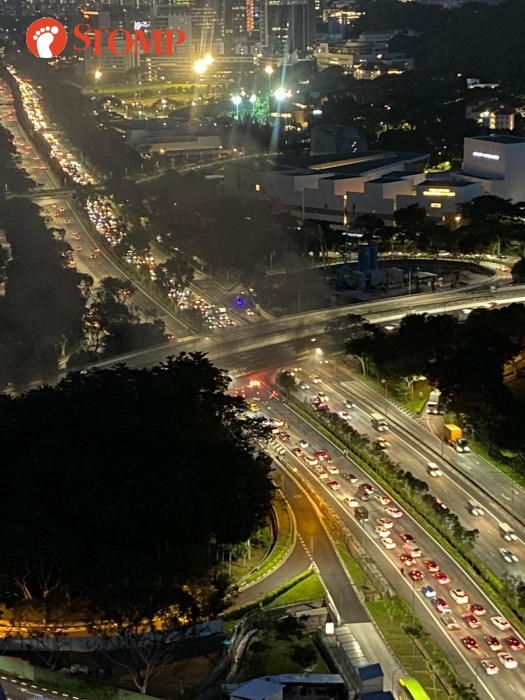 "There was a horrible jam along the AYE," Freddie said.

"I think it was because a car was on fire."

In response to a Stomp query, the Singapore Civil Defence Force (SCDF) said they were alerted to the fire at about 7.10pm.

"The fire involved a car and SCDF extinguished the fire using one hose reel," said a spokesman for SCDF.