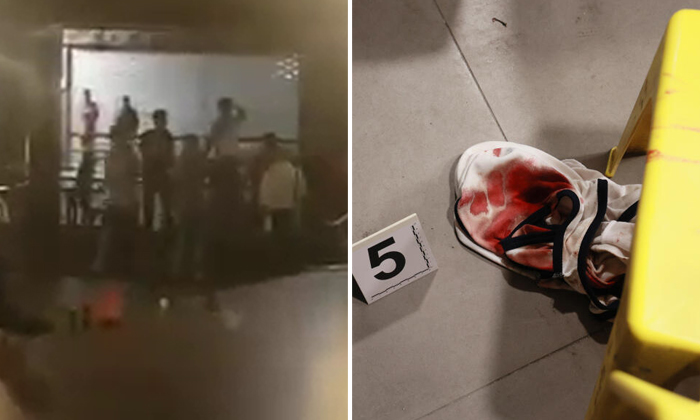 A fight broke out at a coffee shop at Block 106 Hougang Avenue 1 on Saturday night (Mar 26).

In response to a Stomp query, the police were alerted to the fight at 10.29pm.

A 40-year-old man was conscious when taken to hospital and police investigations are ongoing. 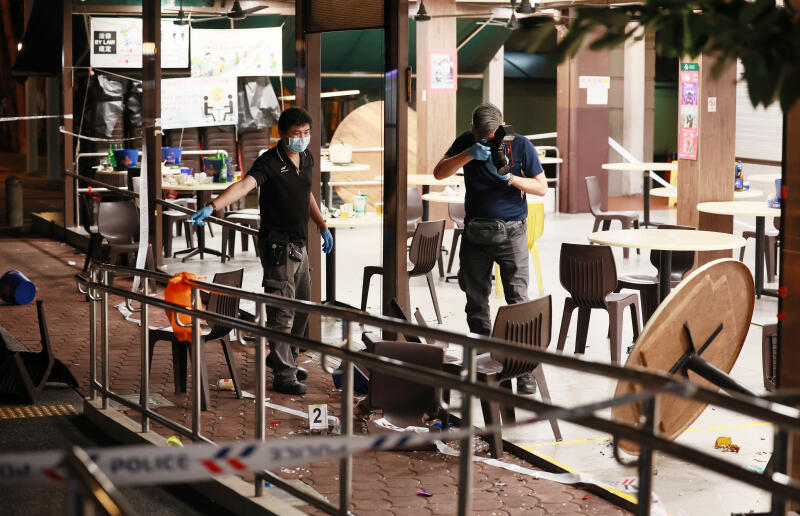 According to Shin Min Daily News, the brawl involved around 15 middle-aged men who were seen shoving one another, holding metal poles, smashing beer bottles, as well as flipping tables and chairs.

A 35-year-old witness said he was in the vicinity with friends when he heard someone shouting, "Fight, fight!"

He was shocked to see around 15 uncles in a scuffle and described the scene as chaotic. Around three to four men were even wielding metal poles while two to three others were bleeding, he added.

The witness told Shin Min: "The fight lasted around 10 minutes. Afterwards, a man took off his shirt and used it to clean another person's wounds."

Reporters subsequently spotted overturned tables and chairs, broken glass bottles and bloodstains at the scene. There was also a bloodied shirt on the ground.