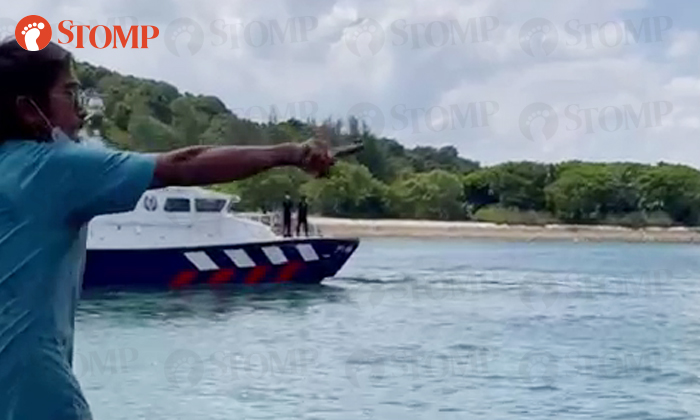 Police are investigating a case of suspected drowning involving two men at sea near Kusu Island.

In response to Stomp queries, the police said they were alerted to the case at 2.37pm on Saturday (Feb 12).

A 28-year-old man was rescued by a civilian vessel prior to SCDF's arrival and subsequently conveyed to Singapore General Hospital by SCDF.

Rescue efforts are ongoing to locate the other 24-year-old man.

He told Stomp: "I received these videos from friends. The incident happened between 12.30pm to 1.30pm. One person managed to be saved but another guy is still missing."

In a Facebook post on Sunday, online directory Singapore Marine Guide advised boaters to avoid the area between Kusu Island and Lazarus Island.

It said that the Maritime and Port Authority of Singapore (MPA) and the SCDF were conducting an operation there.