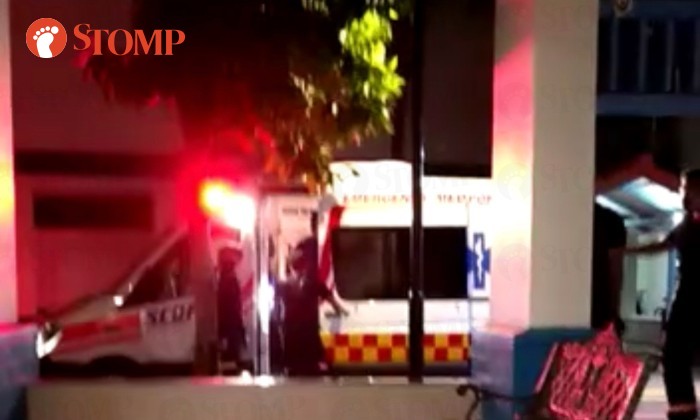 One person was taken to Ng Teng Fong General Hospital on Friday (Nov 6).

A Stomper spotted an ambulance at Block 273B Jurong West Ave 3 and shared a video.

In the video, a few Singapore Civil Defence Force (SCDF) personnel can be seen surrounding an ambulance before it moves off.

Shortly after, an SCDF truck is seen driving out of the carpark.

"I saw someone on a stretcher, he was wearing an oxygen mask and I think he's an elderly man," the Stomper said.

"I'm guessing he could have had a cardiac arrest."

It is unclear what happened to the person.

In response to a Stomp query, SCDF said they received a call for assistance at 8.25pm.