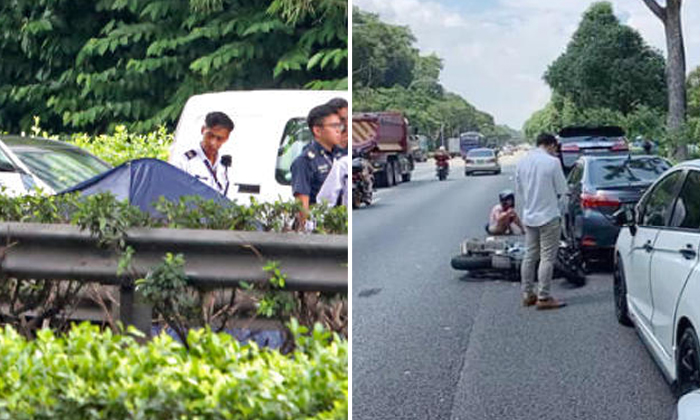 In response to a Stomp query, the police said they were alerted to the accident involving three cars, a tipper truck and a motorcycle at 12.32pm.

The accident occurred towards the Marina Coastal Expressway, near Clementi Road.

The motorcyclist, a 24-year-old man, was pronounced dead by paramedics at the scene while his pillion rider, a 22-year-old woman, was conscious when taken to the National University Hospital.

According to Shin Min Daily News, she suffered serious injuries and the hospital was alerted to be on standby to receive her.

Photos published by Shin Min show three cars at the scene, as well as a motorcycle lying on its side and a tipper truck parked around 30 metres away.

It is believed that the motorcycle had rear-ended the first car, collided with the lorry and then hit the second car.