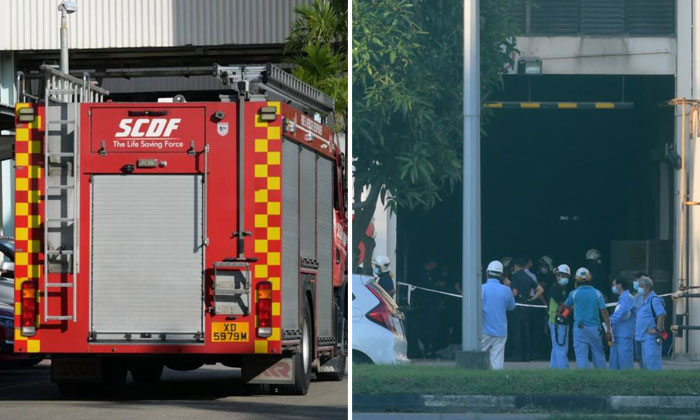 An explosion occurred at the Tuas Incineration Plant on Thursday (Sept 23), killing one man and injuring two others.

A 65-year-old man was pronounced dead at the scene. Two other men, aged 59 and 64, had burn injuries and were taken to Singapore General Hospital.

The three Singaporean workers were carrying out electrical maintenance work inside an electrical switchroom when the explosion occurred, said a Ministry of Manpower (MOM) spokesman.

The incident at the plant in Tuas Avenue 20 took place at 3.15pm.

About 80 people evacuated themselves from the premises, said the Singapore Civil Defence Force (SCDF) in a Facebook post on Thursday.

All other plant workers are safe, and operations at the plant have been safely wound down, said the National Environment Agency (NEA), which owns the plant.

The cause of the fire is being investigated, said the SCDF.

MOM, which is also investigating the incident, said it has instructed the occupier to stop all electrical maintenance work at the premises.

SCDF said that when it arrived, it found an electrical switchroom on the first storey smoke-logged and entered the premises with breathing apparatus sets to locate the fire.

It noted that the fire involved a chimney fan switch in the electrical switchroom.

SCDF said in a statement that its firefighters extinguished a few pockets of fire with two dry powder fire extinguishers.

When The Straits Times arrived at the scene at about 4.30pm, several police cars and at least six SCDF vehicles were spotted within the compound.

Other workers wearing helmets and dressed in light-blue uniforms were gathered outside the building. Police officers were seen speaking to some of them. 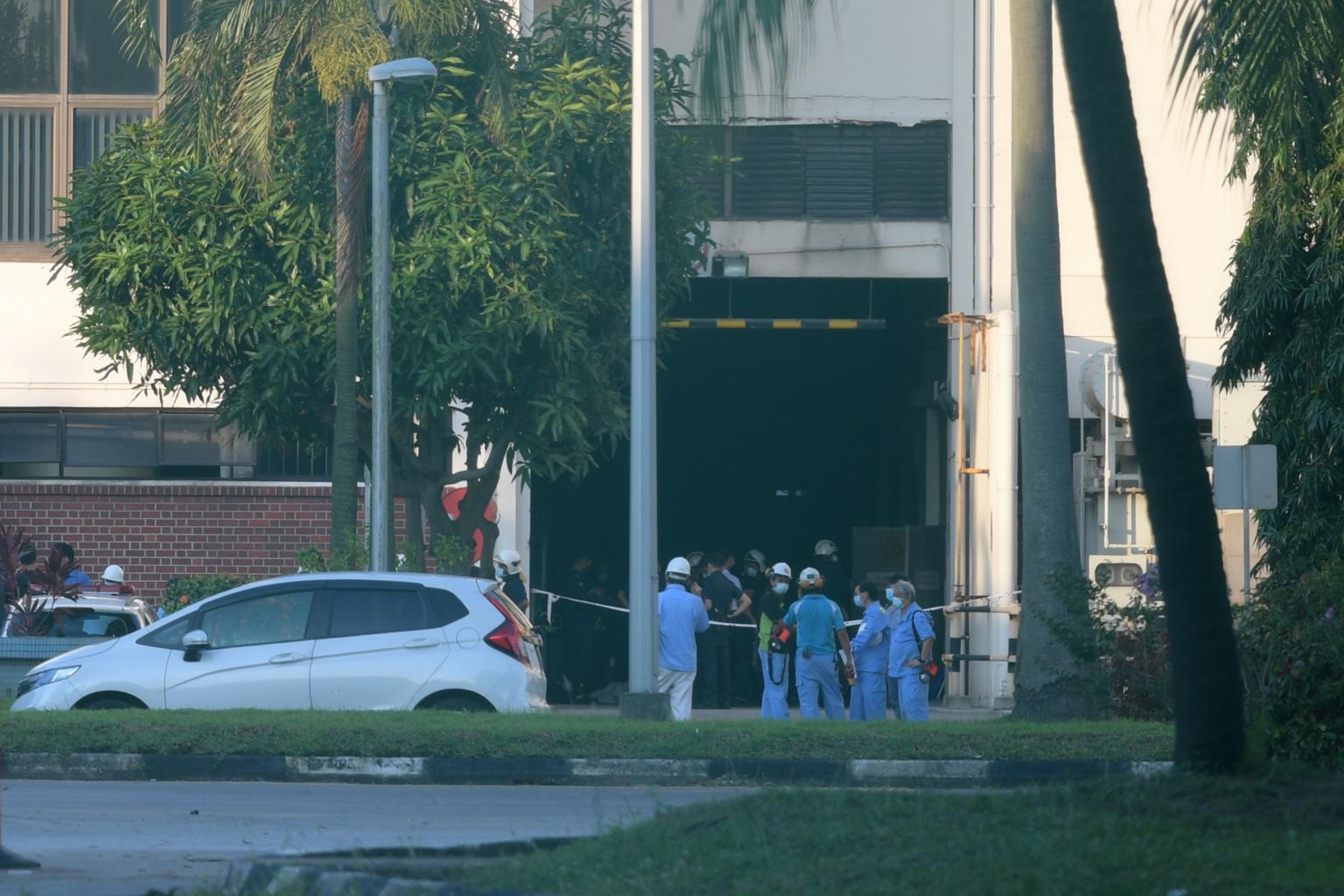 A worker told ST that the bodies of the two seriously injured workers were blackened and their clothes were torn.

At about 5pm, four SCDF vehicles, including an ambulance and two fire engines, left the plant.

Said Minister for Sustainability and the Environment Grace Fu in a Facebook post on Thursday: “I am deeply saddened by this incident, and would like to convey my deepest condolences to the families of the victims. We will investigate the cause of this tragic incident to prevent any future occurrences.” 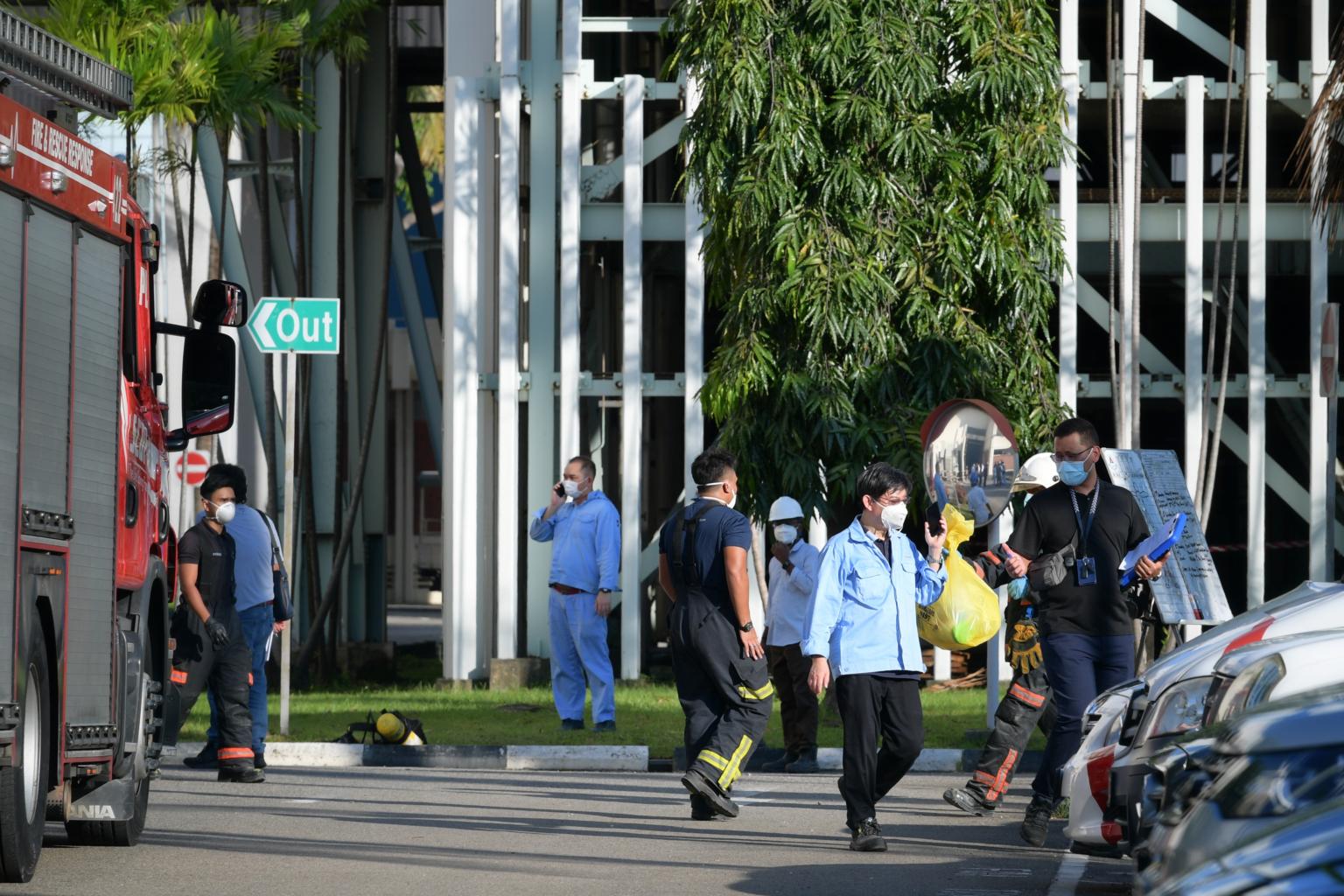 All other plant workers are safe, and plant operations have been safely wound down, said the NEA, which owns the plant. ST PHOTO: NG SOR LUAN

The plant is the second refuse incineration plant to be built in Singapore. There are currently four such plants.

It was constructed at an estimated cost of $200 million and sits on 6.3ha of reclaimed land. It is able to incinerate 1,400 tonnes of refuse with its five units of incinerators.

Before Thursday’s incident, the total number of workplace fatalities in 2021 as at September was 27.

On Feb 24, an explosion occurred at an industrial building at 32E Tuas Avenue 11, killing three people.