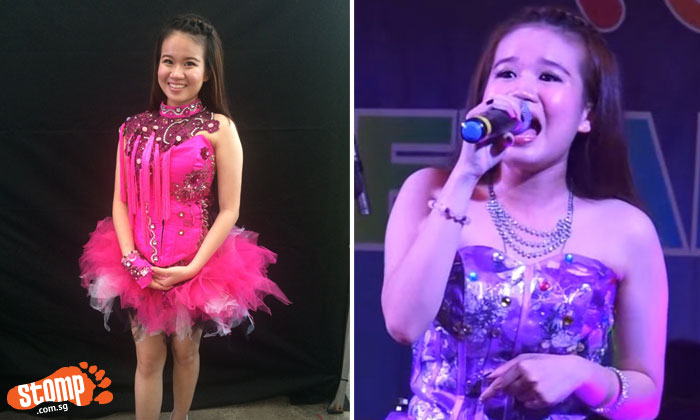 At 18 years old, most of us will probably spend our free time gallivanting and having fun.

For Anderene Choo however, life is a little different.

When she is not having lessons at Republic Polytechnic, the teenager will often be performing at events as a getai singer.

Anderene picked up singing at the tender age of 10.

When she was 14, she was introduced to legendary getai entertainer Wang Lei and became his student.

Since then, she has been dubbed as one of Singapore's up-and-coming getai singer thanks to her powerful vocals and engaging stage presence.

Life however, has not been easy for Anderene.

Although she has been happily purusing her passion for singing over the years, there are several sacrifices she has had to make.

In this edition of Realife, the bubbly singer shares with us some of the challenges she has had to overcome throughout the years.

She also reveals some snippets of what goes on behind-the-scenes of a getai stage as well as a spooky encounter she had during the Hungry Ghost Month...

Check out our interview with Anderene as well as a video of her performance below.