Python with huge belly pulled out from bushes along Normanton Park 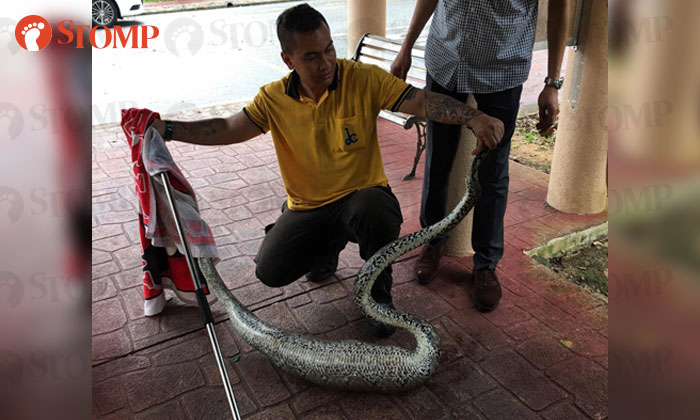 A huge python was found among some bushes along Normanton Park at around 3.15pm on Aug 29.

Stomper Efren was at the scene when he saw the huge serpent.

He said in a telephone interview that called the National Parks Board thereafter to inform them about what happened.

He was also told by a security guard that the snake had swallowed a cat sometime before he arrived.

Around 10 minutes after he made the call, some men arrived to remove the snake. Efren is unsure what organisation they were from.

A video the Stomper took shows the bloated python getting pulled from the bushes.

In the footage, the serpent was seen getting yanked from bushes by a man in yellow.

Placing a cloth over its head, the man quickly carried the python out, while another man in red held the snake’s head in place with a pair of tongs.

The python’s belly was distended and looked like it had recently ingested prey.