I hope that we can establish a stronger line of defence for victims, says concerned citizen 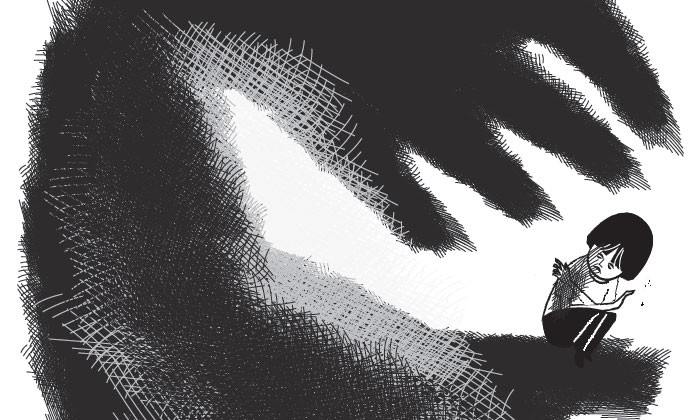 Stomper Anonymous feels that bullying is slowly becoming a trend, and something needs to be done about it.

This is his entry for November's What Say You topic, 'Have you been a victim of bullying or do you know anyone who has been bullied before? Tell us how you would handle it'

The term bullying means to use superior strength or influence to intimidate someone typically forcing them into doing something against their will. It is of increasing concern recently as it has been seen on newspapers, Stomp and other various social media platforms.

This only proves one thing. It is slowly becoming a trend.

In my opinion, it always gets me wondering on why these particular bullying incidents always get caught on camera and it does look like those people committing the bullying acts actually knows that they are on video!

The only reason for them doing this that I can think of is that the fame and the show of power make them feel as if they are on top of the world.

They feel that they are heroes making someone suffer like that. To me it is an act of cowardice.

Hurting someone, be it physically, emotionally or psychologically, can lead to nothing positive. It either leads to revenge, someone committing suicide or jailed. What good can come out of this?

There is no best way to deal with bullying if you are the victim, however exposing them or reporting them is an excellent option.

If you are the bully, my two cents worth of advice to you would be: get a life. Don't disgrace your family. Start thinking big and make yourself useful to the society.

I think what normally happens is that these bullies decide on whom to pick on, fix their target and test them out. Once they can get their way, they will go all out to prove and put fear into these victims.

Psychologically, they are scared of many things in the world and to counter that fear they have to overcome it by putting fear into people's lives.

Bullying a victim and having no one to witness it is not good enough for them as they are attention seekers who want people to know that they are bullies. To have some sort of face in their circle of similar friends.

Therefore, from my perspective of this recent case of beating up the poor kid at the lift landing, I strongly believe that the person who took this video is part of this group. The person was probably not involved in the physical beating part but wanted to record it on camera for their own viewing pleasure afterwards.

After seeing the video of this instance of physical abuse, he/she thought that it would be one of their trophies to keep, wanting to show it off to some of his/her friends. So he/she sent this video to some of his/her friends and it so happens that one of these friends who received the video was upset about their wrongdoing and decided to post it on Stomp to make them all really famous.

My respect goes to you as you have done the absolutely right thing. All these happenings should be exposed and they should receive punishment for their actions.

These physical abuse cases can have major repercussions on the victims' physical and mental health.

Kids and teenagers nowadays are getting bolder in their actions, and we only have society to blame as technology is so advanced in this era. Social media, movies, the Internet and family upbringing also play an important role.

Humans are born to learn from one another and the surroundings around us. We adapt to changes and change for what we think is best for us. It's only natural. Now, its up to the law to be firm about these issues raised by the public. I sincerely hope that a stronger line of defence is established to support these poor victims that have to live their lives in fear of daily bullying occurrences.