Realife: My life fell apart after my 3 dogs died -- but it all changed when I started animal work to honour them 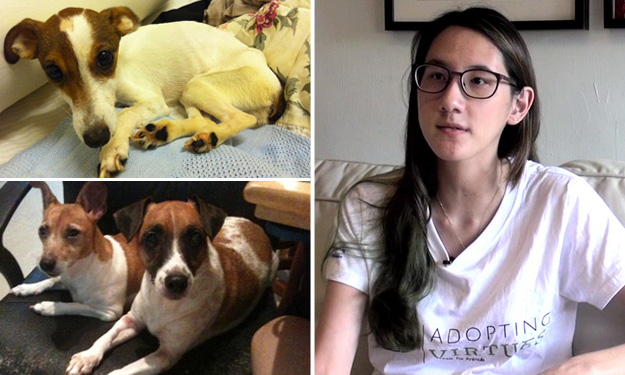 25-year-old animal lover Melodee Tan was devastated when three of her Jack Russell dogs died in 2011 in a span of six months after her family was plagued by financial difficulties.

Following the death of her beloved canines Luckie, Dobie and Bambie, Melodee's life fell into a slump.

She was overwhelmed with guilt and blamed herself for the loss of her pets.

Her social life also took a hit after her friends who did not know what she was going through started ostracising her in school.

Things however took a turn for the better a few months later.

Instead of letting the setback consume her, Melodee decided to start an animal welfare group called 'Hope for Animals' in early 2012 in honour of her three dogs.

In this edition of Realife, Melodee shares her inspirational story of how the heartbreaking loss of her pets spurred her on to go into animal welfare.

In a second video, she tells us some considerations potential owners should think about before buying or adopting a dog.

Have a look at the clips below.