Dating apps a hit in Singapore as singles look for romance 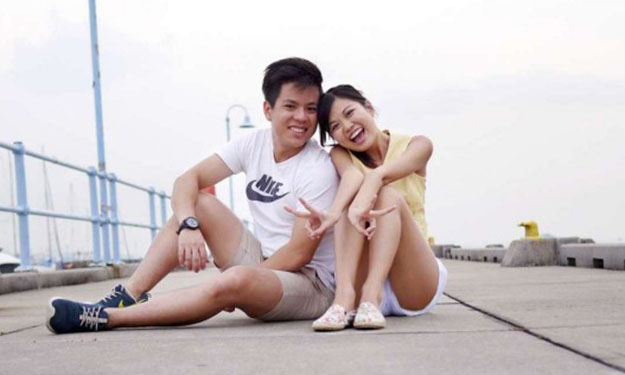 Business analyst Matthew Oh, 27, is single and looking for the woman of his dreams. He has done things the old-fashioned way: asking friends to set him up, asking colleagues out and striking up conversations with strangers in bars.

He is still single and looking - but mostly at his mobile phone.

Singles in Singapore are looking for friendship and love on dating apps, which are mobile-based and usually free.

All it takes is for you to download an app on your smartphone and connect via your Facebook account to start your hand-held quest for romance.

In Singapore, there are more than 10 apps that are in the business of love, including home-grown companies such as

Paktor and LunchClick, which have local user figures that range in the high six figures.

Offering the convenience of checking out prospective partners on the go, dating apps are especially appealing to a younger, usually millennial, crowd.

It is no wonder that young men such as Mr Oh have become converts. He uses Tinder, which is arguably the mother of all dating apps.

Set up in 2012, it provides users the option of meeting singles around them.

Tinder, which is part of the IAC/InterActiveCorp media conglomerate that also owns dating websites Match.com and OkCupid, boasts more than 91 million downloads and 1.5 billion swipes every day. It is reported to have made one billion matches through its app.

The app is so ubiquitous that "to swipe right" - which is the way you select a profile of a person you like on Tinder - has entered common parlance to generally mean that you approve of something.

Mr Oh, who has gone on more than 10 dates in the past eight months, says: "Sometimes, a conversation on Tinder doesn't go anywhere, but does that really matter when there's always someone else to talk to?

"When you have quantity, you can take your time to find quality."

With the number of single millennials on the rise here, it is not surprising that dating apps have taken off in the past year.

Ms Shn Juay, regional marketing director of Singapore-based dating app, Paktor, says one reason for the boom in dating apps is that "millennials like things to be quick, easy and convenient".

She adds: "And for busy working professionals who might not know what they're looking for, it helps to have choices."

Paktor - which means dating in Hokkien and Cantonese - works on a model that is similar to Tinder, where users review profiles and swipe left or right to show interest in a potential match.

Launched in 2013, it has more than 700,000 profiles of users in Singapore and more than seven million users across seven markets in Asia.

IT technician Leonard Whang, 28, who, like many of his peers, uses dating apps such as Tinder and Paktor, says the apps help people overcome the fear of rejection that comes with asking someone out face to face.

He says: "When using an app, you don't know if someone has swiped left on your profile, you find out only about the positive matches.

"I think getting to chat first is a great asset if you're shy about making the first move in real life."

Paktor may have impressive user numbers, but Mr Chua Joo Hock, managing director of Vertex Ventures, a global venture capital platform which has invested up to US$10.5 million (S$14.1 million) in the dating app, estimates that Singapore is three to five years behind the United States, which is at the forefront of online dating, in terms of online dating social acceptability.

Still, he says the industry of bringing new people together socially represents a fast-growing US$1 billion-revenue-a-year market in Asia.

He adds: "There is an upward trend in the adoption of online dating by more traditional-minded Singaporeans in recent years."

Dating apps may have encouraged a more lively and casual dating scene, but they have also created a new set of concerns regarding safety and harassment, especially of female users.

Websites and blogs have sprung up in the wake of Tinder's boom, documenting the unprompted and unwilling advances that women have to deal with.

Others cite the security concerns that come with meeting a stranger off an app.

Instead, they emphasise security and are more attentive to the needs of female users.

For the three Korean-American sisters behind the San Francisco- based app Coffee Meets Bagel, the experience of their female users was key.

Ms Dawoon Kang, 32, a co-founder of the app, which is reported to have 21 million users in the US alone, says: "We realised that career-focused women don't have time for bulls*** and want quality over quantity.

"Lots of dating apps have a very overwhelming and creepy quality to them, which is why we created an app that curates one daily match for our users - sent at noon daily."

The app, which was aunched in April 2012, uses a proprietary algorithm to match users based on factors such as interests, social network and educational and career backgrounds.

It was launched in Singapore in September.

Though Ms Kang would not reveal Singapore user numbers, she says the app has been rapidly picking up steam here.

Singapore-based app LunchClick, which is owned by the group behind home-grown match-making agency LunchActually, works on a similar premise, sending only one match to users daily.

The chat function has also been removed entirely. Ms Violet Lim, who is chief executive of LunchClick, says chatting can often be a "dampener" in the mobile-dating experience.

Instead, users ask each other a series of questions from a pre-set list. If they feel like they click, they can proceed to propose a time and place to meet, which is also done within the app.

Ms Lim, 36, says: "Dating apps have low barriers to entry, so safety was our priority. By taking away the chat function, we can cut out conversations that don't go anywhere and prevent scammers from using the app."

Like LunchClick, Blindfold is accredited by the Social Development Network and checks the identification numbers of users against Registry of Marriages records to ensure married people do not make their way onto the platform.

Ms Wendy Tse, 33, founder of Blindfold who also owns match- making agency Society W, says: "Not only does this model give users anonymity from friends, colleagues or bosses who might also be on the app, but it also means people connect on a level that is more than just superficial."

She adds: "Users who have matched up can reveal their photo to each other when they feel comfortable."

These special features have allowed such new apps to take off in a big way.

LunchClick, for instance, has user numbers that are "over six digits" and it has helped to successfully match more than 149,000 users on offline dates since the app was launched in April last year.

Similarly, Blindfold, though launched in beta only in October, has made more than 30,000 matches.

So does this mean that the old- fashioned face-to-face pick-up line is dead? The jury is still out, at least for now.

For users such as student Mohita Jain, 23, dating apps have their time and place, but after a while, can ironically become work.

"Looking through an unlimited number of profiles can be really overwhelming and time-consuming," she says, adding that she no longer uses dating apps after trying them for six months.

"There's something very strange about just swiping left or right on a person's face. I feel like an algorithm can't make me fit with someone. Love should be more organic."

Mr Whang, who uses several dating apps, also admits that sometimes, mobile dating can turn out to be disheartening, especially for men.

He says: "The disproportionate number of men to women on these apps means sometimes, women may just ignore you completely. That can be tough, especially if you're serious about looking for love."

Still, there are enough success stories from dating apps to give singles hope.

For the likes of Mr Oh, the world of digital dating has been a game changer.

"With tighter social circles and longer working hours, you really need to be proactive these days," he says.

"So what if I meet someone using an app? Love is love after all - it's how you make it work in the offline world that matters in the end."

Users can get a free account and swipe to like or reject potential matches. They can pay a premium (starting at $25.99 a month for a six- month membership) to access features such as finding out who has liked or viewed their profile or unlock filters such as occupation, education and height.

Offers a free daily match, curated based on a proprietary algorithm. Users can pay for premium features, starting at US$6.99 (S$9.42), to have two matches sent to them daily for a week. Packages, from $109 to $269, are also available, offering users help from dating consultants and up to three guaranteed dates.

Offers a free daily match, curated based on a proprietary algorithm. Users can buy "beans" to get a chance to unlock mutual friends or get a second chance with someone they may have skipped in the past.

Offers a free daily match, curated based on a proprietary algorithm. Profile pictures are blurred to ensure anonymity. Users can pay a premium to extend their chat time beyond 14 days or get a chance to rematch with someone they previously rejected.

Users take a selfie and provide likes, dislikes and their location to find out who is looking to have a drink in the same area. Users can pre-order drinks and make payment through the app.

Not explicitly a dating app, Wander aims to foster friendship and connect singles through common interest groups. Users can join an interest group of their choice and branch off into more specific topics or directly message users to start private conversations.