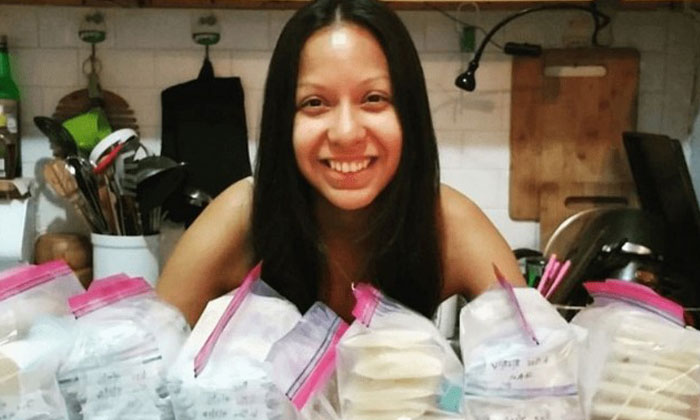 Thanks to Distractify we have found one of the most selfless Mothers.

Though a rare uterus infection caused her son to be stillborn after 19 weeks of pregnancy, Wendy Cruz-Chan decided to turn her personal tragedy into hope for other mothers and their babies.

"I wanted to turn something tragic into something good. All I have of him are his ashes in his urn. I can't dress him, I can't play him, I can't watch him grow. As a mother, it breaks me. It hurts me deeply."

With milk ducts already forming and her breasts engorged at that point, she made the decision to donate her breast milk to children in need as she left the hospital.

According to the site, donated milk often makes the difference between a very long and drawn out hospital stay or a quick recovery for newborns in Neonatal Intensive Care Units, usually by being used as a fortifier to add to the mother's own milk.

Donated milk can also be directed to a specific donor that may be in immediate need, and very local.

Much like blood, there is a need for a continuous and fresh supply, and with very few donors coming forwards, it makes it more difficult for hospitals and milk banks to find a steady supply for NICU wards.

"Even though I cannot personally breastfeed my own son, I wanted to do something in his name. That's all I can do for him."

Through connecting with the online doula community, Wendy was able to help many children.

Initially, she planned to pump for three months, but after reaching the 8-gallon marker at the end of her second month, she decided to double her goal in her third month.

Atfer hitting her goal, she shared that she hopes to bring more awareness to how helpful breast milk donations were, and to get more mothers involved.

"I'm just so proud of my boobs," she said jokingly.

At 16 gallons, she has every right to be.

Related Stories
Starbucks barista's note on depressed teen's coffee cup saves her life
Pre-schoolers raise more than $150,000 to give back to society
Ex-Northlight boy treats students to 800 cups of ice cream -- just because he got a free cup 9 years ago
More About:
child
baby
heartwarming
kind-hearted
kind
inspiring