Are these your Porsche keys? Stomper and son went on quite a journey to return them at police station 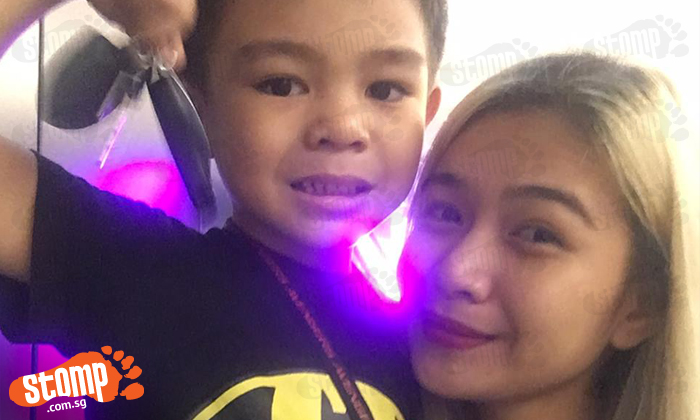 Stomper Jello found a set of Porsche keys in the Somerset area yesterday (Mar 25) and took quite a bit of effort to ensure that they would be in safe place for the owner to retrieve them.

The Stomper, who had been accompanied by her son, eventually left the keys at Orchard Neighbourhood Police Centre.

Jello shared the interesting journey she had with Stomp and said:

"I found these Porsche keys at Somerset.

"I planned to leave it at the passenger service counter at Somerset MRT station as I wasn't able to find the information counter at Orchard Central.

"However, the staff said they wouldn't be able to take it as the owner wouldn't know that it's there. Like hello??? The owner doesn't have a darn clue where it is anyway.

"Anyway, they suggested to bring it to a security guard or customer service as every mall has one. Like duh. I know, but I just can't find it and I am dang tired already.

"But I went up and go to the direction they told me where the customer service is supposed to be, but taadaaaah! I still can't find it. Oh gosh, I feel so dumb.

"I called my boyfriend and told him the story. He, then, suggested to go straight to the police station instead. And I asked him where and he gave me directions to the nearest one (oh what am I gonna do without you).

"To the owner, I'm sure it's nice ride you got there, but man, keep your keys! I really hope you find it here (Orchard Neighbourhood Police Centre) because even if you can afford to get another set of these keys, I'm guessing it's still gonna be quite costly.

She later wrote in a second post, along with photos of her and her son, "Finally left Orchard Neighbourhood Police Centre. Spoken with Officer Md Zamr. And they will do the necessary actions.

"To the owner, you know where to find it. My son and I are gonna make our way home. We pray and hope you find 'em. Cheers! #JourneyOfLostPorscheKeys"