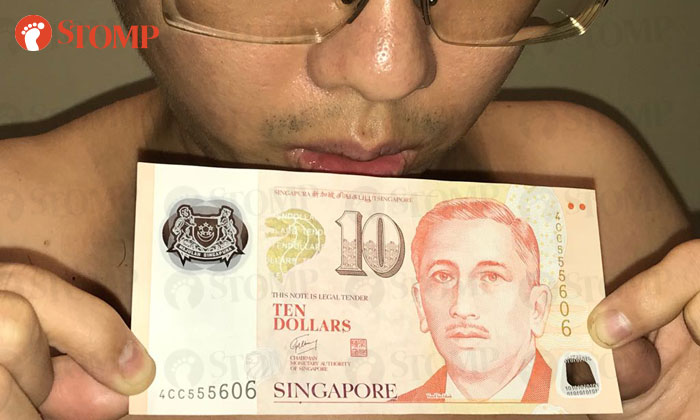 According to Lau Lup, the note was given to him as change from a ring seller at a flea market a couple of weeks ago.

He used the note to buy another item from another seller at the flea market unknowingly.

When he noticed, he quickly offered to give the seller another $10 note in exchange for the unlucky one.

The seller agreed and managed to identify the note out of a stack of notes in his wallet, which Lau Lup thanked him for afterward.

However, he believes that owning the unlucky note was the cause of his recent diagnosis of gastroenteritis, followed by conjunctivitis and then URTI (Upper Respiratory Tract Infection).

"I have taken three MCs within a short period of time in November. I am still on antibiotics,"  he said.

Related Stories
Guy spots 5 wasp nests on deity statue, then gets notes with serial numbers that match his birthdate
You'll be impressed by the 'hidden messages' in Stomper's $2 and $10 notes
Lau Lup gets auspicious sign that he might prosper for nine generations
More About:
unlucky
note
money
Lau Lup