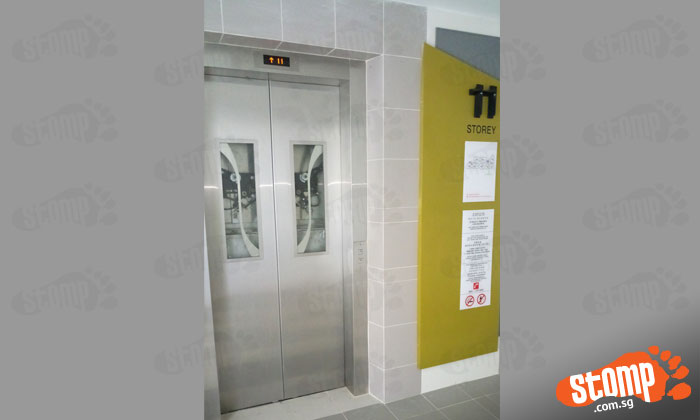 Stomper Ram was at his home at block 818B at Choa Chu Kang Avenue 1 when he heard somebody sound the lift alarm at 12.30pm today (Feb 25).

Curious, he stepped out of his flat to check out what had happened.

"True enough there were two people stuck inside the lift," said Ram.

He then called the lift company to send their maintenance team and they arrived 30 minutes later.

According to the Stomper, the guys were trapped for over an hour before they were rescued.

The two gus were making a delivery when the lift got stuck and neither of them had brought their handphone with them.

"Luckily my friend and I came to check and called the lift maintenance guys."

Ramli added that the men were fine, just perspiring when they were freed from the lift.