Selfish residents at Circuit Rd 'kapo' Ofo bikes and even lock them up: These bikes aren't yours to keep 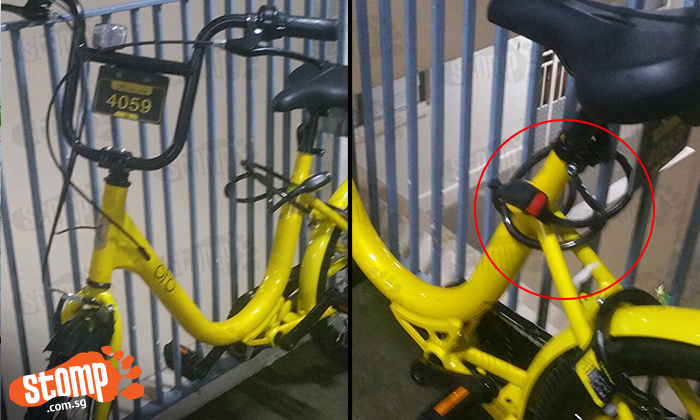 He snapped photos of an example on the 15th storey and sent it to Stomp.

According to Chee Kiang, he first came across this bike yesterday (Mar 31) at around 9pm.

It was chained up, as if it belonged to someone.

However, this was not the only case.

Chee Kiang commented that a few days ago, he had witnessed another instance on the 5th storey where two Ofo bikes were placed on the corridor.

He suspected that someone had taken both the bikes, but when he came back a few days later, they were gone.

"These bikes are for everyone.

"These selfish people take it home and lock them up as if the bikes belong to them.

"Please park them back at the parking lot so everyone can use them."