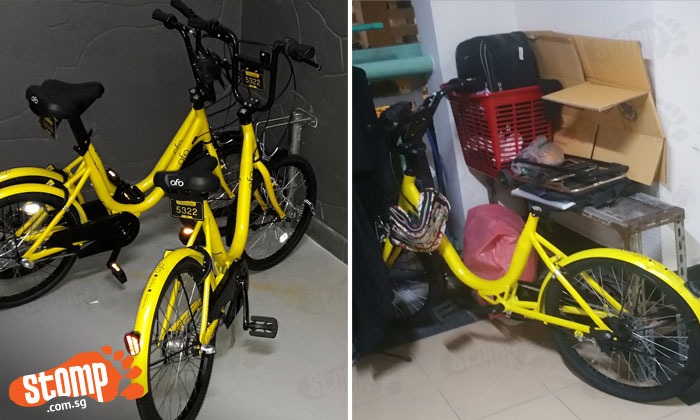 Stompers Harry and Tharik alerted Stomp to more cases of ofo bikes being abused by members of the public.

Harry saw three of the bikes chained up at Block 125 Geylang East Central.

Tharik came across one bike with its lock and seat removed stored near a resident's laundry rack at Block 96 Aljunied Crescent last night (Apr 9).

"This could be considered an act of theft," said Harry.

"These bikes don't belong to these people yet they are claiming ownership of them by chaining them up.

"This is just very selfish behaviour."

Ofo is one of three companies offering bicycle sharing services for the public.