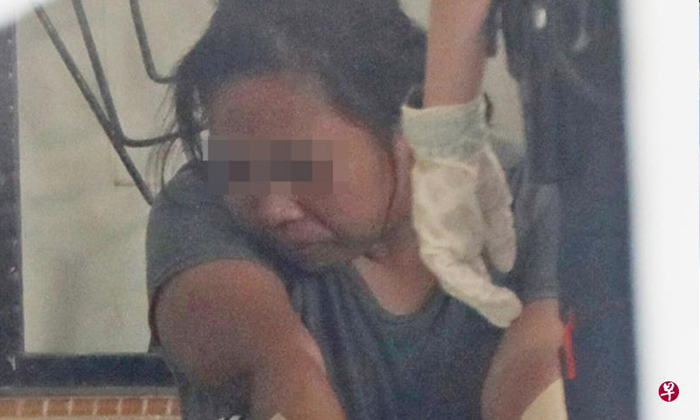 A maid has been arrested on suspicion of murder after a wheelchair-bound woman was found dead in a Tampines flat with a knife lodged in her throat yesterday morning (Feb 13).

It was earlier reported that the maid was assisting police with investigations.

Lianhe Wanbao reported that the police had brought the 37-year-old maid aside for questioning after arriving at the scene, and following investigations, arrested her on suspicion of murder.

The 77-year-old woman, understood by The New Paper to be Mdm Tay Quee Lang, was found dead in the flat she shared with her husband and maid at Blk 276 Tampines St 22 yesterday.

The maid is understood to have started working for Mdm Tay and her husband only about a month ago.

Only Mdm Tay and the maid were at home when the incident took place. Mdm Tay’s husband was out for a medical appointment, according to Lianhe Wanbao.

A neighbour, Mr Ashaari Hasan Basri, 27, said he had heard a maid crying loudly in a unit two doors away after he finished his afternoon prayers. Initially, he was unable to understand what she was saying, as she was frantically speaking in a mix of Malay and English.

When he looked into the four-room flat from a window, he was shocked to see Mdm Tay sitting motionless on a wheelchair in the living room with a 20cm-long kitchen knife stuck in her throat.

The police have classified the case as a murder case.