Fire breaks out at HDB flat at Blk 248 Compassvale Rd 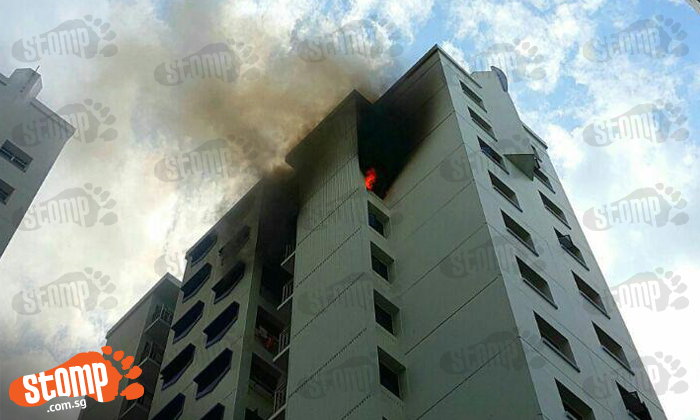 A fire broke out on the upper floors of Blk 248 Compassvale Road at about 4.30pm today (Feb 14), according to Stomper Malcolm.

The Stomper, who is a resident living in the area, said that the housing units on the 13th to 15th floor of the building caught fire.

He added that the SCDF arrived at around 4.35pm and promptly extinguished the fire. However, he said that as of 4.50pm, black plumes of smoke could still be seen escaping from the affected housing units.

The Stomper spotted an ambulance, three fire engines, a Red Rhino, a police car and two SCDF cars at the scene.

Two women wearing oxygen masks were also seen being sent to the ambulance on stretchers.

The cause of the fire is unknown.

Stomp has reached out to the SCDF for more information.