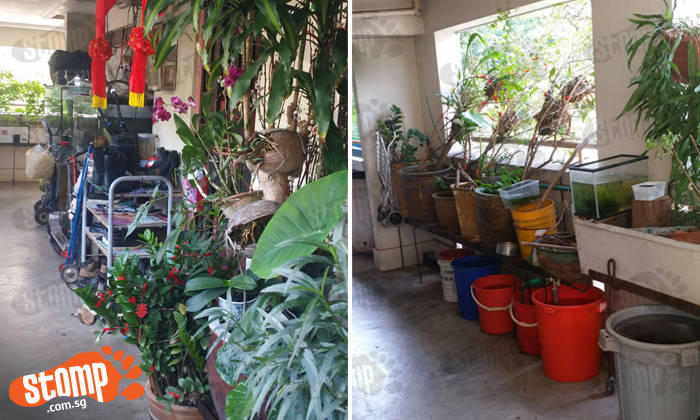 This corridor on the third storey of Block 613, Yishun Street 61 might just be one of the most crowded and unsightly ones in our heartlands ever.

Stomper Mohamed, whose close friend is neighbours with the Yishun resident, shared some photos with Stomp.

The pictures show numerous objects placed along the corridor, such as multiple fish tanks containing murky-looking water and at least two bicycles. There are also many pails, a few of which is filled with water.

The entire walkway appear to be dotted with potted plants as well.

"My friend said that this has been going on for quite a while."

Mohamed, who is a paramedic, pointed out that the overcrowded corridor also makes it hard for personnel to pass through should there be an emergency.

"I hope that some action can be taken," he added.

Watch a video of the scene below.