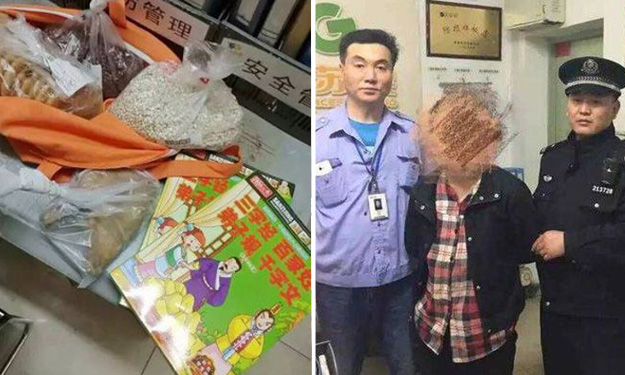 A mother who works as a waste collector in Nanjing, China was caught apprehended for stealing a drumstick and two children's books which the planned to give her daughters as presents.

According to Shanghaiist, Liu Jinxia's twin daughters both suffer from kidney-related diseases.

Her husband left the family because of the financial strain brought to him by his daughters' condition. To save money, Liu and her children live in a two-square-metre room.

One of the woman's daughters recently said she wished she could have a chicken drumstick.

Not wanting to let her child down, Liu stole a drumstick at a supermarket. Both her daughters also needed a book for school, so she grabbed a couple of those too and made for the exit.

However, she was caught when she tried to leave and was arrested.

The story does not end there however.

A police officer who responded to the call heard about what happened and posted Liu's story on WeChat.

Her heartwarming act went viral online and netizens all over China have stepped forward to donate money to ease her financial burden.

"This woman is not guilty. For this kind of crime it is the whole society that is to blame," wrote one netizen.

"The poor really can't afford to get sick. A single illness can devastate a home," commented another.