Missing macaw reunited with its owner thanks to LTA site personnel 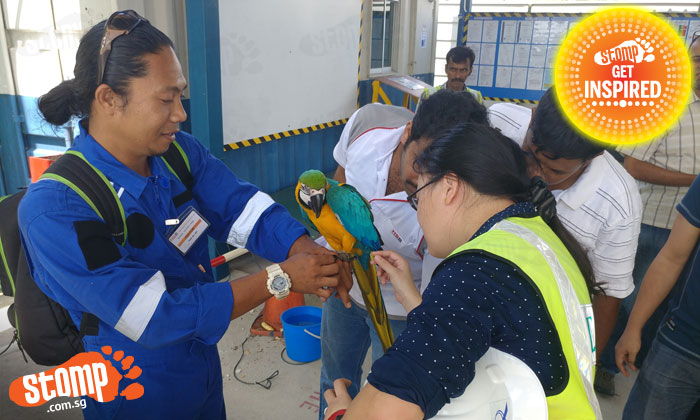 The staff found the bird on Saturday (Feb 11) and brought it back to the LTA site office located along Tampines Expressway.

The bird was well taken care of while some of them looked around for its owner.

One staff member took a photo of the bird and sent it to his friends to spread the word on social media and in bird groups on Facebook this morning.

Within a few hours, two people called in enquiring about the bird.

One man, who lived nearby the worksite, cited the correct number on the macaw's tag that was attached to its leg and was identified as the rightful owner.

He was relieved and thankful to the LTA staff for reuniting him with his bird.

The staff were happy to have helped:

"Today, we witnessed a joyful moment when the macaw was finally reunited with its owner."