Kudos! Biker helps direct traffic after van flips on its side at CCK Ave 1 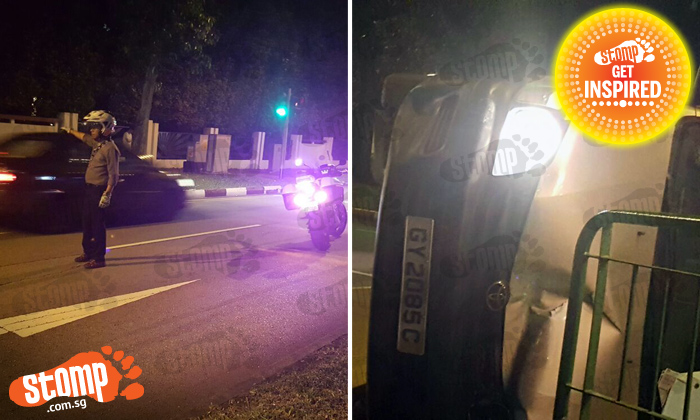 A Stomper was heartened to see a motorcyclist stop and help to direct traffic after a van flipped on its side at Choa Chu Kang Avenue 1 above 7pm yesterday (Feb 2).

The Stomper was in a bus that was travelling along that road when she saw this heartwarming sight.

According to the Stomper, the flipped van was taking up one lane on the two-lane road.

This was causing a jam, so the biker stopped to help direct traffic and ease the congestion.

The civic-minded rider continued to do so until a traffic police officer arrived, and only left after that.

"SCDF was alerted to an accident near block 239 Choa Chu Kang Central at 7.40pm.

"SCDF dispatched one ambulance to the scene.

"A person was assessed by SCDF paramedics but refused conveyance."

"On 1 February, 2017, at 7.39pm, the police were alerted to an accident involving a van along Choa Chu Kang Way, towards Sungei Kadut Drive.