Kind passers-by stop to help elderly man left bleeding after fall: Cabby even gives him a ride home for free 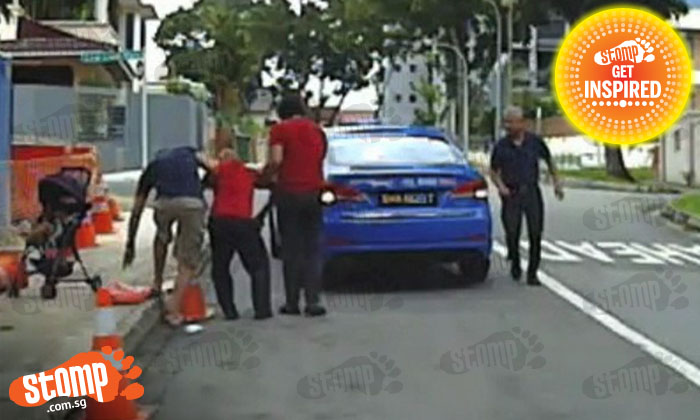 Stomper Jem was heartened to see people stop to help an elderly man who was left bleeding after taking a tumble at Lorong Ong Lye at 4.45pm yesterday (Jan 29).

The Stomper was driving along the road when he saw an expat rush across the road to help the elderly man who was lying on the road, right next to the pavement.

The dash-cam video from Jem's car shows that the expat rushed over despite having to push a stroller.

Jem also got out of his car to help the elderly man, who was bleeding from his head and mouth due to the fall.

Both good Samaritans stopped a passing taxi, and asked if the cabby could bring the uncle home as he did not want them to call for an ambulance.

The cabby graciously said he would send the man home, and even refused to take any money from Jem for the trip.

"I think it was very nice of him to do so. Most cabbies would avoid such trouble on Chinese New Year.

"Some might even think twice as the man would end up dirtying the cab due to his bleeding and fall on the road.

"But this cabby was willing to help."